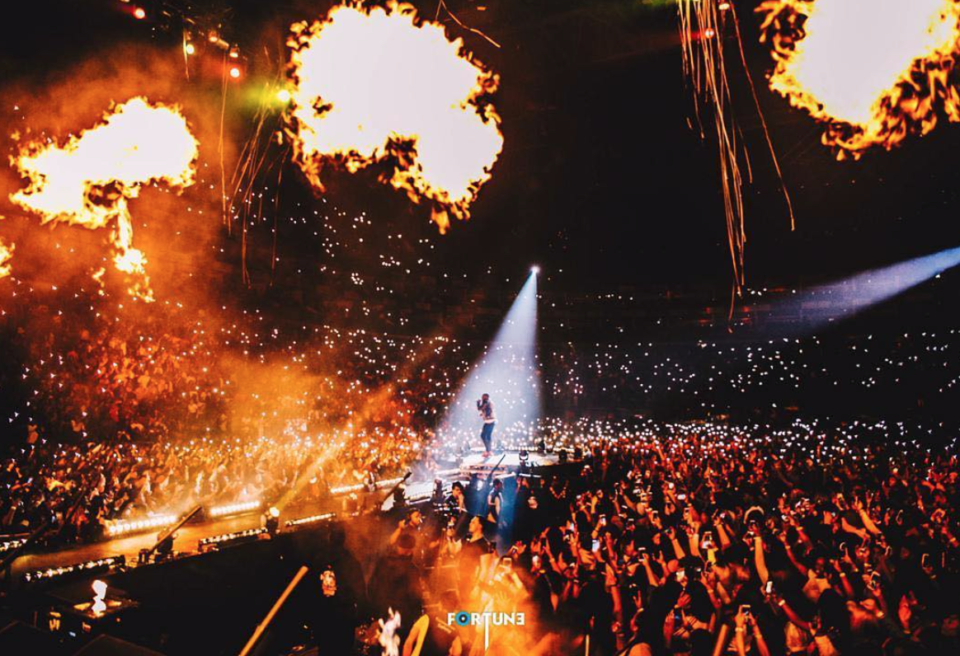 On Sunday, 27th of January, 2018, history was made as superstar singer - Davido sold out the 20,000 capacity concert venue, O2 Arena which is a huge feat to achieve for any artist. This further underlines the dominance of Afrobeats to the world right now.

The DMW head honcho shared the stage with other artistes on the DMW roster - Mayorkun, Peruzzi, Dremo, Yonda & Idowest. Raving act Zlatan also took to the stage on the night.

Congratulations to Davido on this major milestone achieved in his career.

Davido has the O2 lit, as he becomes the youngest African Artist to sell out the venue and second African Headliner to sell or after Wizkid. pic.twitter.com/nbfEEqTpuo