On the 3rd of August, Nigerian superstar, Davido recorded a big feat as he becomes the first Nigerian to win the 'Rest of Africa' category at the  South African Music Award, SAMA 2020 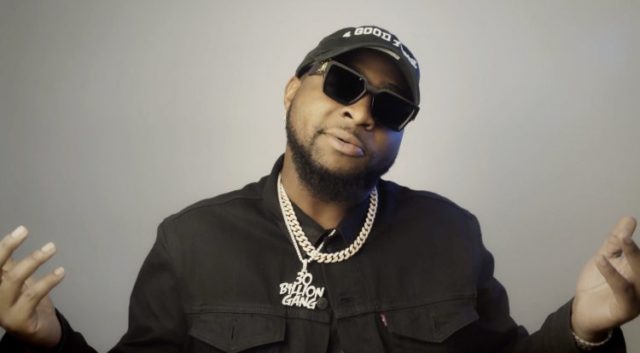 Davido won the award with his record-breaking album, A Good Time, which won the category of 'Rest of Africa', a category that was created in 2019 and initially won by Tanzanian superstar, Diamond Platnumz.

Announcing the award for Davido on Twitter, SAMAs wrote;

The award show moved online due to the present issue of the pandemic, splitting the show into 30-minute segments scheduled to air between 3 and 7 August on My Muze by Vodacom and Mzansi Magic (DStv 161) at 21:30.

Congratulations go out to @Davido for scooping the Rest Of Africa award for his album “A Good Time” #SAMA26 #ForThaKultcha pic.twitter.com/ozuazFc989

SAMA Awards is one of the biggest award events in South Africa as it is a time to celebrate Africans in the music industry. In 2017, Patoranking won SAMA Awards for the Best African Act, making him not just the first Nigerian artiste in that category but also the first Nigerian to ever win a South Africa Music Award and Davido's new win, although in another category, makes him the second artiste to bag a SAMA Award.

It is also important to note that Nigerian artiste, May D was featured in Mafikizolo's 'Happiness' that won 'Best Collaboration' in 2014.

The theme for this year's show is #ForThaKultcha, and each episode has a sub-theme and below are the winners for the first night:

Say U Will by K.O featuring Nandi Madida

Newcomer of the Year:

A Good Time by Davido (Nigeria)

The Samas will resume with its second episode today, Tuesday. The sub-theme for the night will be #ForThaSoul, dedicated to categories in the soul and R&B domain.