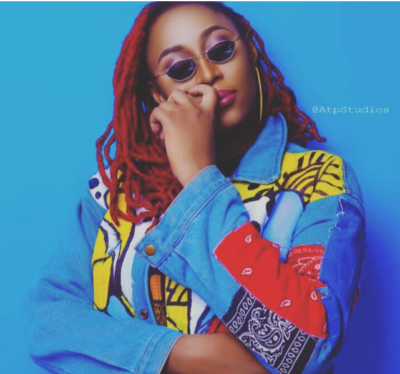 The energetic Nollywood actress had taken to her Instagram story earlier to reveal what she doesn’t do in her relationship with men. In her words, she said:

In a post that generated a lot of reactions on social media, patois-infused singer and rapper Madrina was one of those that reacted as she took a swipe at the actress. Commenting on a blog post, she stated that it is the Eniola Badmus’ loss that she isn’t collecting money from the men she dates. “Your loss” she commented. 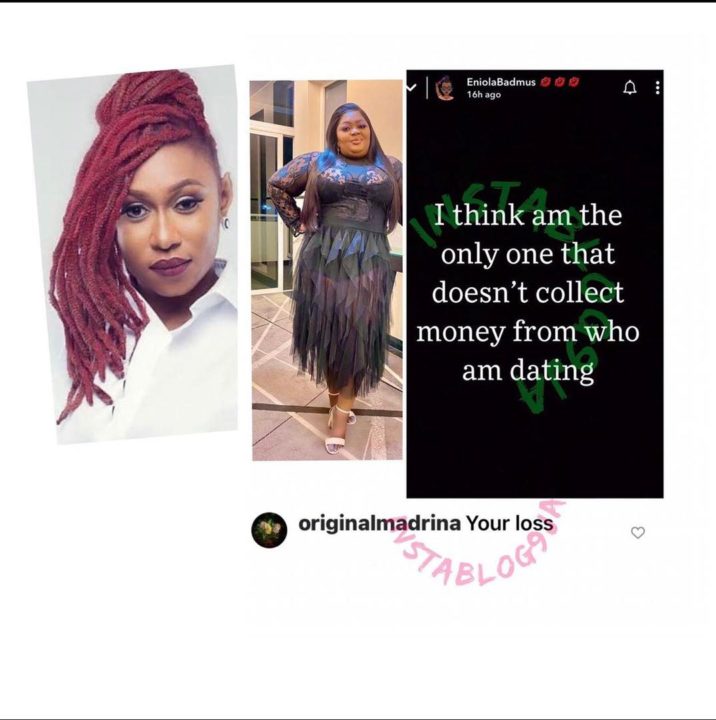 READ ALSO – Cynthia Morgan Calls Out Davido For Not Responding

The Benin born dancehall singer proceeded to give reasons for her comment via her Instagram story, she said:

“i once had a policy of not collecting money from men or guys in general…ask about me. But it was a code. Cause i know the less i owe the more freedom i will have. But as you grow older you def want to settle down and allow a good man take care of you. So my sister collect the money. Man money too go sweet oo. Lol” 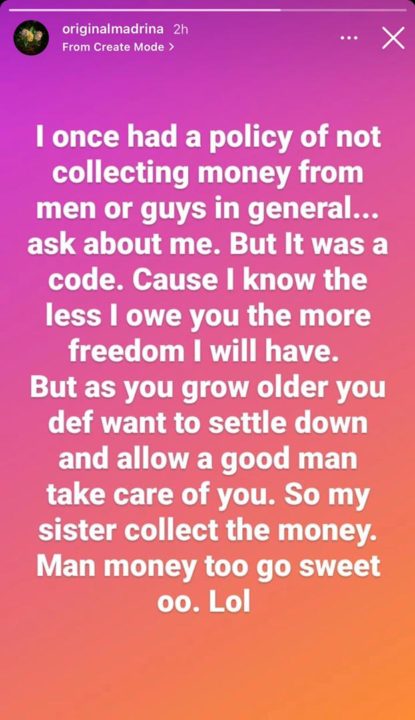