Nigerian afrobeats stars Ckay and Wizkid are the top two artists boasting the most shazamed songs in the United States in the last week. 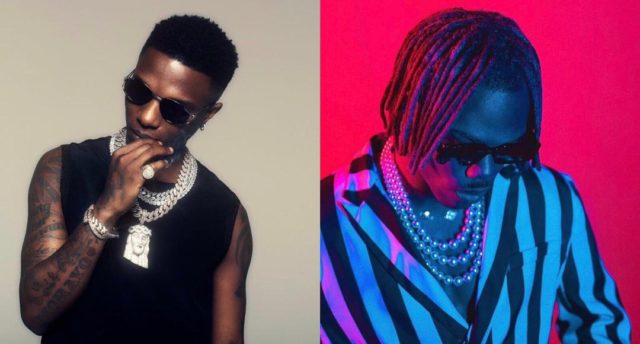 It’s no surprise that buzzing Nigerian singer CKay sits comfortably in the first position on the list as his ‘Love Nwantiti‘ remix, which features Axel and DJ Yo, is currently the most shazamed song in the world. Second on the list is Afrobeats poster-boy Wizkid’s ‘Essence’, which features Nigerian songstress Tems. 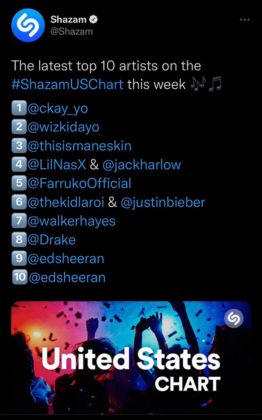 ‘Love Nwantiti’ was originally released off Ckay’s sophomore EP, ‘Ckay The First’, dropped in 2019. The song originally featured Nigerian singer and songwriter Joeboy and Ghanaian talented singer Kuami Eugene. However, the remix has been on a massive run since it dropped.