Ceeza Milli Unveils Tracklist of His Debut Album, "Diamond In The Rough" 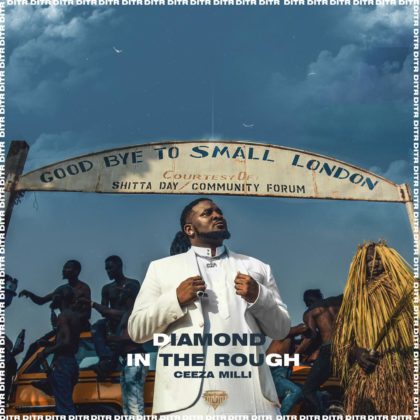 Ceeza Milli Unveils Tracklist of His Debut Album, Tagged "Diamond In The Rough"

Highly gifted Nigerian singer, Ceeza Milli who's currently signed to Aristokrat Records, has finally revealed the official artwork and tracklist of his debut album dubbed "Diamond In The Rough."

Obviously, Ceeza has been doing the Lord's work over the years, consistently dishing out sizzling records and he's made the right decision by giving us his first body of work, in times like this. 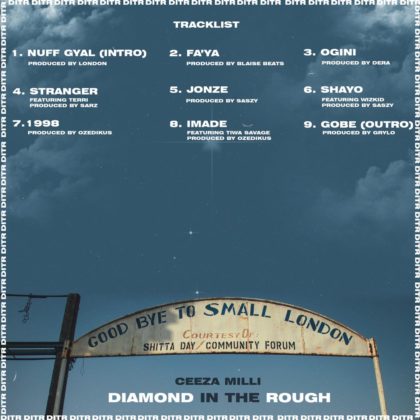 Diamond In The Rough Tracklist

The "Diamond In The Rough" album houses 9 tracks including collaborations with the heavyweight Wizkid, Tiwa Savage and talented singer, Terri. The production line-up on the album is fire, we have producers like the high-profile Sarz alongside, Ozedikus, Dera, London, Blaise Beats, Saszy and Grylo.

Brace yourselves guys, the album will be officially out by Friday, April 24.