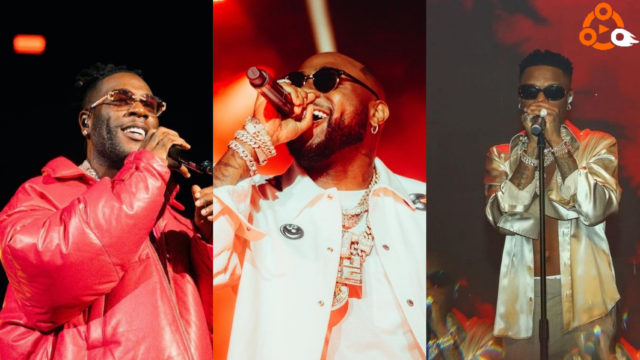 The artistes were not just at the event which took place on the 23rd of December to make special appearances, but they also happened to be the highlight of the Christmas Party as, not only did they avail themselves to take shots with excited fans at the party, they gave energetic performances of their jamz.

Burna Boy, Davido and Wizkid all performed their hit records, from 'On the Low' 'Aye' 'Tease Me' to the recent record-breaking Essence'.