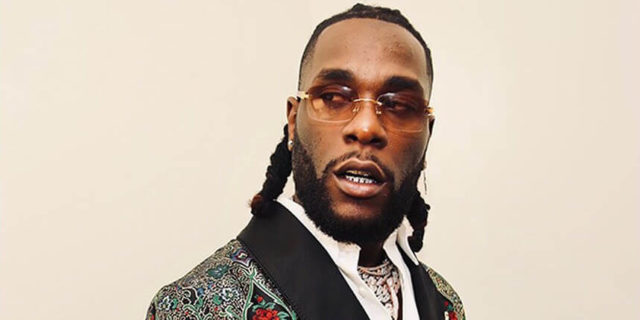 Burna Boy has won the BET Awards for Best International Act. This is the second consecutive year he's clinched the award.

You might know of the splendid year Burna Boy has been enjoying (even though the COVID-19 has limited some interactions across all sectors, and especially entertainment) dropping hit after hit, and affirming his stronghold at the music industry in this moment.

Burna Boy, who last year was nominated alongside compatriot Mr. Eazi amongst other top acts, this year fended competition from the likes of collaborators Stormzy and Dave (United Kingdom), Innoss’B (DRC),  Ninho (France), S.Pri Noir (France) and Sho Madjozi, who, last week, accused Burna Boy of influencing the removal of her remix of Stormzy's "Own It."

THE @NaomiCampbell presents the Best International Act #BETAwards 20 to the amazing @BurnaBoy!

The 2020 edition is the first-ever virtual BET Awards. This year’s show, which also aired on CBS and BET Her, featured spellbinding performances from some of the biggest acts in music, including Alicia Keys, Chloe x Halle, DaBaby, Jennifer Hudson, John Legend, Lil Wayne, Nas, Questlove, and Usher. Hosted by former Real co-host Amanda Seales, the ceremony took place in the early hours of Monday.

Burna Boy's award was presented to him by English supermodel, the iconic Naomi Campbell. Only fitting considering Ms. Campbell, in January earlier this year, backed Burna Boy following his loss at the Grammys to Angelique Kidjo. She'd gone ahead to make a case for the Nigerian, that "The genre (Afrobeats) was categorized into your 'World Music' category at the 2020 Grammys. This misrepresentation diminishes an entire genre in which such a high standard of talent has emerged; a genre that has been a force of hope and positivity for many, and a vehicle for artistry on the continent of Africa."

Congratulations to Burna Boy and the other winners at the BET Awards.