Watch Burna Boy and Stefflon Don at Dinner with Their Family

The video of Burna Boy and Stefflon Don together with their family at dinner was shared via Instagram on Sunday, the 18th of July 2021. 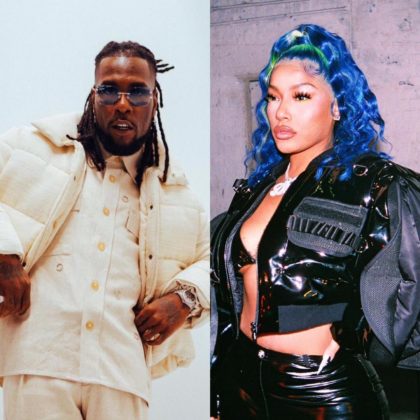 In the video, Burna Boy and Stefflon Don are seated together at the dinner table, surrounded by their family. The two lovebirds could obviously not get their hands off each other.

The Grammy winner and his girlfriend have been an item since coming out to the public in 2019. Burna Boy and Stefflon Don's relationship is quite known to members of the public and their family members. Burna Boy's mother and manager, Namix is also quite close with the Britsh rapper and playfully chided her when she supported Vybz Kartel in a versus battle with Wizkid. She also got into a bit of trouble with Nigerians on social media when she defended her boyfriend's no-show during the early stages of the End Sars protests in Nigeria last year. Burna himself later come out to explain that he was silent because he was handling some family issues.