In an emotional reaction message, Burna Boy revealed that he had a series of conversations with Virgil Abloh about his next album and he had no idea. He shared this via his Instagram stories on Sunday, the 28th of November 2021. 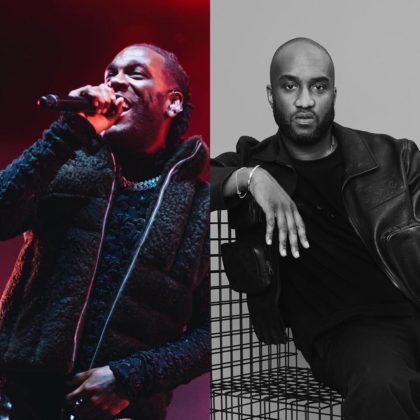 Virgil Abloh who died at the age of 41 was an American designer and entrepreneur who has been the artistic director for Louis Vuitton's menswear collection since 2018. His influence is such that he has been seen with the world's biggest musicians. Virgil was recently given a shoutout on Burna Boy's latest single with Polo G, Want It All.

Reacting to Virgil Abloh's passing via his Instagram stories, Burna Boy revealed how he had long virtual meetings with him discussing the direction for his next project. Burna revealed that he felt bad for not asking about the well-being of Virgil during one of those meetings. He also said the late Virgil was supposed to be the creative director for his next album and his death will really affect the project.