Burna Boy announced the title of a forthcoming album and its time of release today. The Afro-Fusion act had been on Twitter earlier today to interact with his fans.

Entertaining questions, someone asked Burna Boy how losing the Grammys felt. He responded emphatically, then went on to share the title of a forthcoming album, Twice as Tall, which he said was going to drop in July. 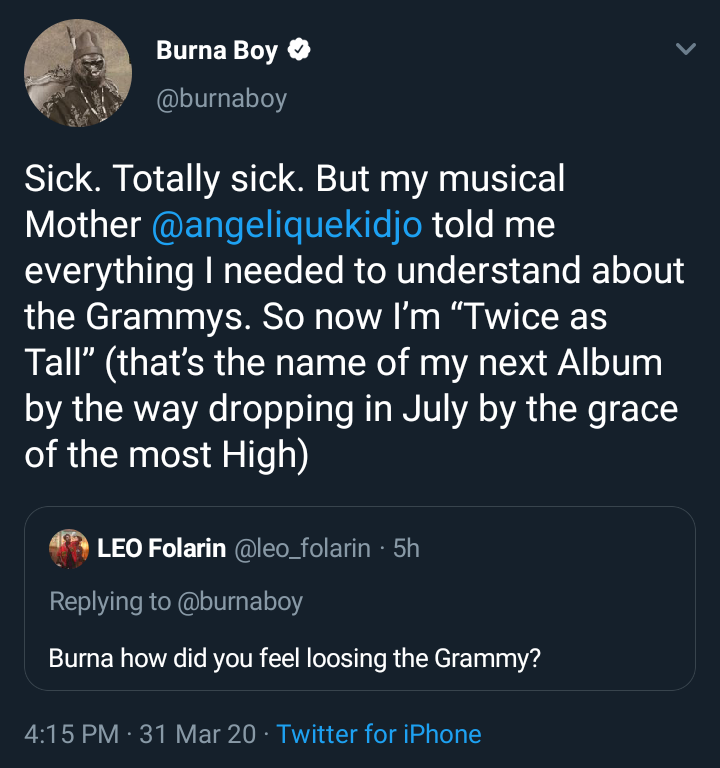