The 2020 MTV EMAs also known as the MTV Europe Music Awards will be held on 8 November 2020. It is an annual presentation ceremony featuring performances by prominent artists and the presentation of those awards that have a more popular interest. 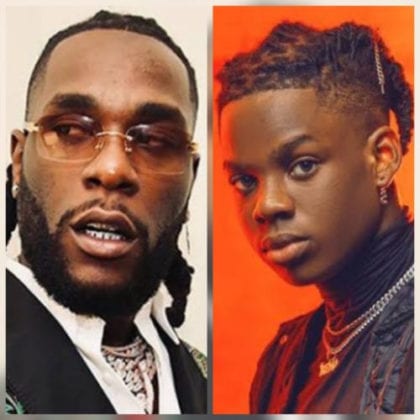 Nigeria’s Burna Boy aka the ’African Giant’, perhaps the fastest-growing African star who has been on an immense rise in the past couple of years dominates the roster with multiple nominations alongside talented alongside "Ginger Me" singer Rema who has equally bagged some nominations and awards since the  release of his song "Iron Man".

Both were nominated for the Best African Act Category alongside big names in contemporary African music which includes: South Africa's Master KG, Kabza de Small and DJ Maphorisa, Sheebah from Uganda, and Gaz Mawete from the Republic of Congo.

EMAs is the sole award ceremony in the Diaspora that caters to all musical genres.

See the announcement below:

Another Banger!!! Congratulations to Nigeria’s @heisrema for the @MTVEMA Nomination.

The African Giant 🦍🦍 @burnaboy has been nominated for the Best African Act Category at the 2020 MTV EUROPEAN MUSIC AWARDS.