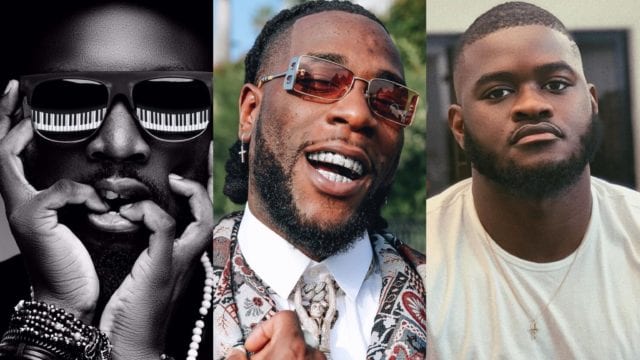 In a 14-second video clip that surfaced online on the 26th of February 2021, Burna Boy can be seen having a recording session with Chopstix and Telz. The post;

The Grammy-nominated singer was recently spotted in a studio recording session with seasoned beatmsith, Rexxie. He also joined Spotify’s online campaign as the company launched in over 80 new markets worldwide.