Nigerian singer, Burna Boy in a recent video broke down his diet and his favorite foods on his Men's Health Magazine feature on Youtube.

Burna Boy was featured on a recent Men's Health Magazine video where he broke down his diet including his favorite foods and more. The video was shared via Youtube on Tuesday, the 9th of November 2021. 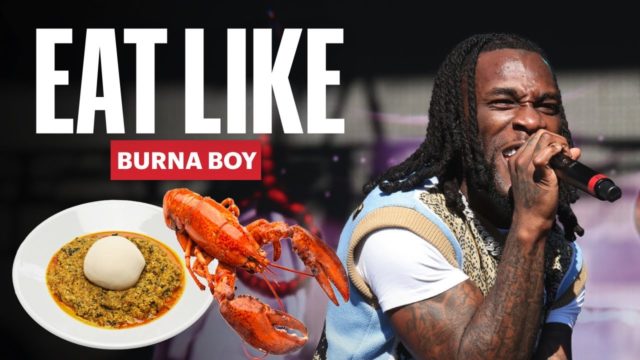 Nigerian superstar, Burna Boy has become an international name within the past three years, also winning a Grammy award for his Twice as Tall album within that time. The singer has also been on a world tour this year, performing in some of the most historic venues around the world, including the O2 Arena in London and the Hollywood Bowl. Burna Boy has also announced the date for his Lagos concert which will take place on the 27th of December.

In the new video with Men's Health Magazine, Burna Boy reveals what his daily diet looks like, adding that he drinks a lot of water as well. According to him, his day starts with plenty of water and continues on with decadent meals filled with lobster, crab cakes, and pasta.