Burna Boy will be performing two new songs for the first time at his O2 concert which is scheduled to hold in London this Friday.

Cokobar dropped a list of songs for Burna Boy fans to prepare for leading up to the O2 concert on Friday, and the list includes two new songs. They dropped the lists of songs via their Twitter page on Sunday, the 22nd of August 2021. 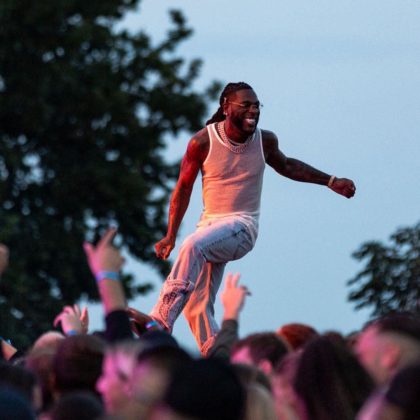 Burna Boy announced his first headline concert at the O2 this May. This will be Burna Boy's first live concert since the outbreak of the deadly coronavirus which crippled almost every sphere of human endeavor last year. Since the outbreak, large gatherings have been banned in most countries including England but with the discovery of the COVID vaccine, fans can go out and have a great time with their favorite artists.

This will also be the first time Burna Boy is performing songs from his Grammy-award winning album, Twice As Tall live since it dropped. In addition to that, fans in attendance at his O2 concert will be thrilled by a performance of two new songs from the African Giant.

According to the list put out by Cokobar, Burna Boy will also be performing songs from his 2019 album, African Giant at the O2 concert. Other songs on the list include hit collaborations like Yaba Buluku, Siberia with Headie One, and Location with UK rapper, Dave. 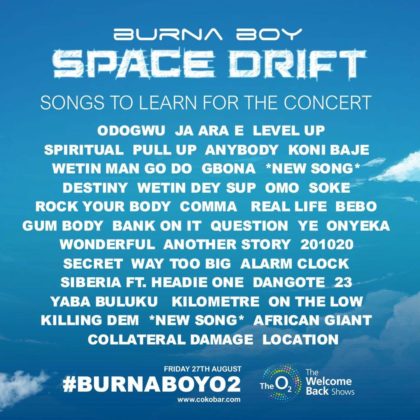