Following his big win at the 2021 Grammys, Burna Boy finally released his first official single for the year, and it is titled “Kilometre.” 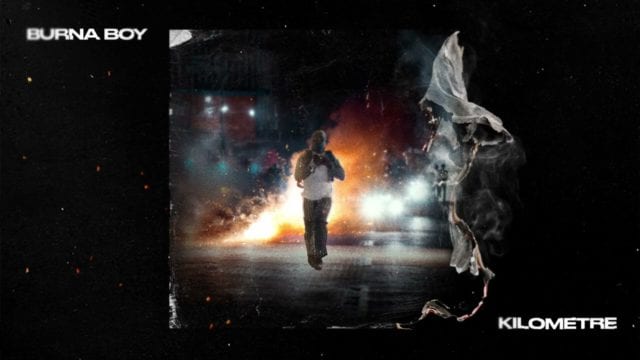 The audio for “Kilometre” was officially released on the 29th of April under Spaceship Entertainment Ltd. The song was produced by Chopstix. 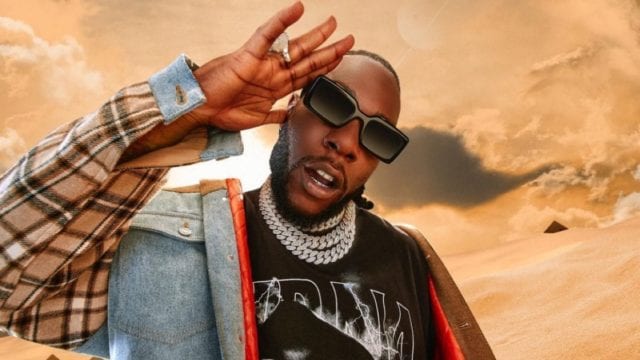 A newly released song by Burna boy is  going to get fans talking and sharing their opinions especially after his victory at the 2021 Grammy Awards ceremony. Below are some selected reactions from fans; 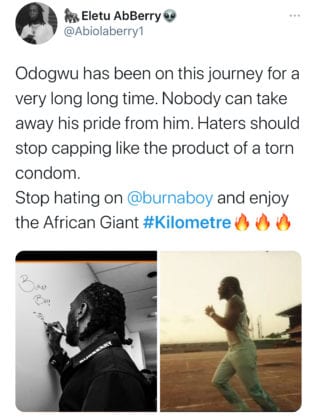 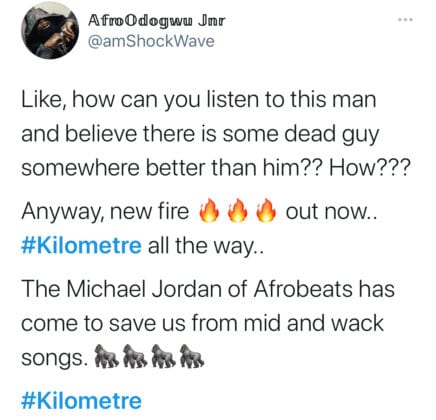 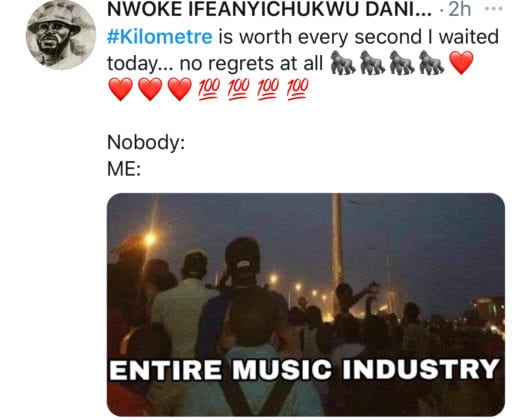 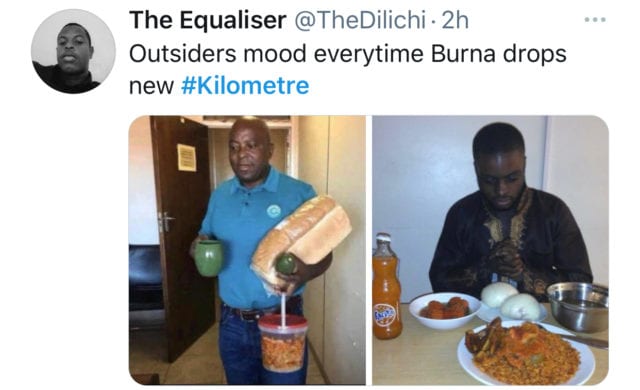 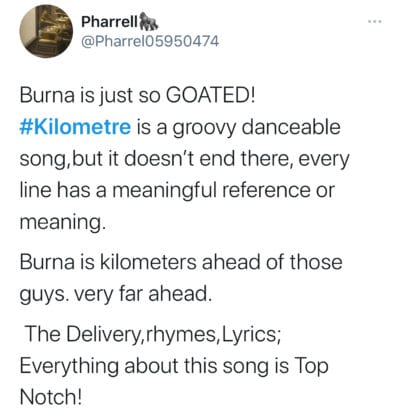 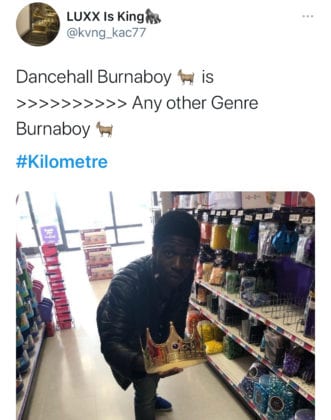 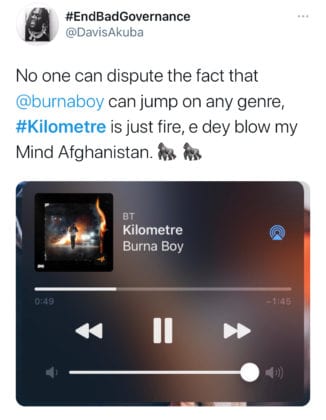 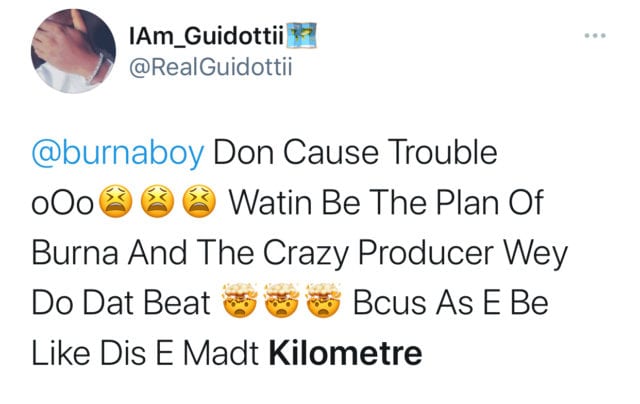 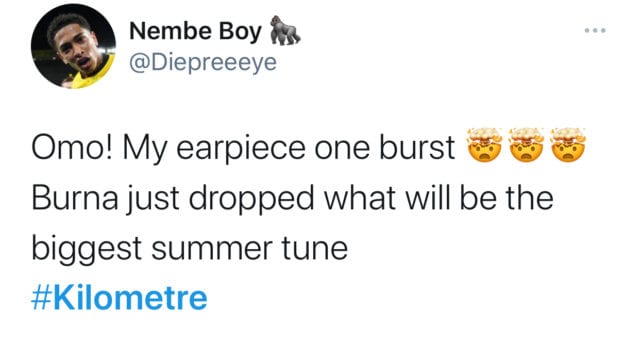 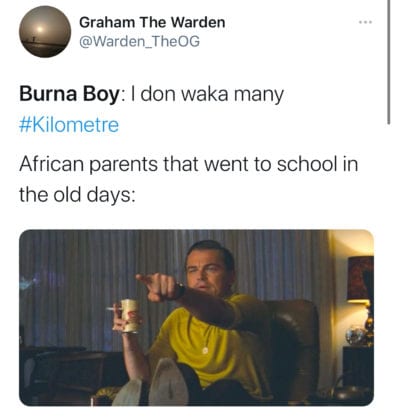 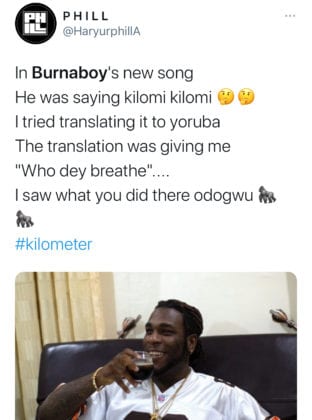 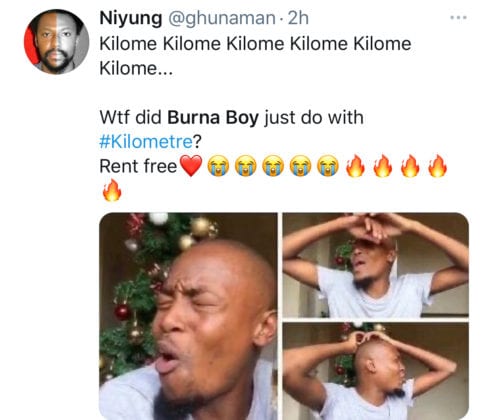 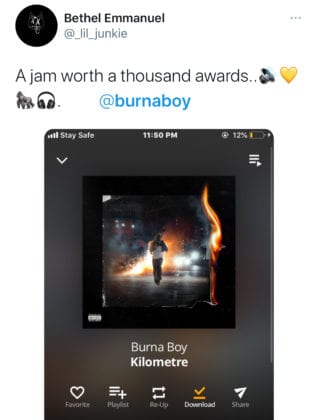 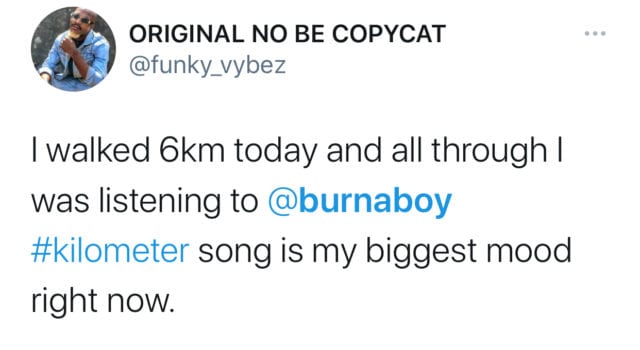 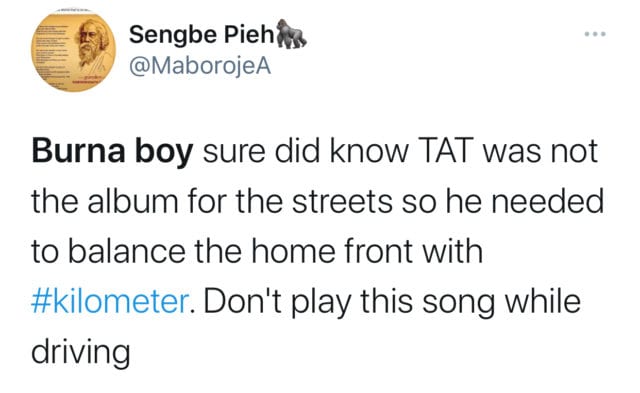 What do you think about the song, great or nah? Kindly leave a comment.