Nigerian superstar, Burna Boy has crossed the 1 billion views mark on his Youtube channel, making him the first Nigerian act to do so.

Burna Boy has attained a Nigerian record 1 billion views on his Youtube channel, a compilation of the views on all his music videos. This was shared via Instagram on Thursday, the 29th of September 2021. 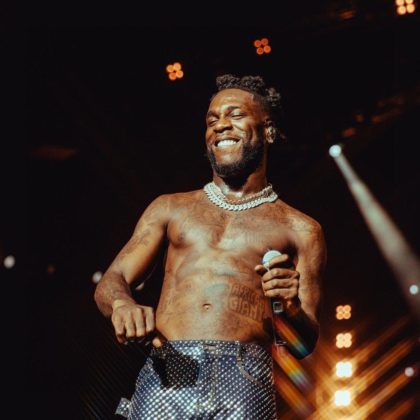 Burna Boy benefits greatly from the power of two Grammy-nominated albums, one of which got him his first Grammy. The two albums churned out consistent hits which have videos doing very well on his Youtube channel. Just after Burna Boy on the total views count is Davido with 963M views and Wizkid is quite close in third place with 960M views on his own channel.

Burna Boy became the first Nigerian artist to cross a billion views mark on Youtube, with videos like On The Low contributing with a massive 225M views. Burna Boy’s Ye single which many will refer to as his international breakout material has 159M views.