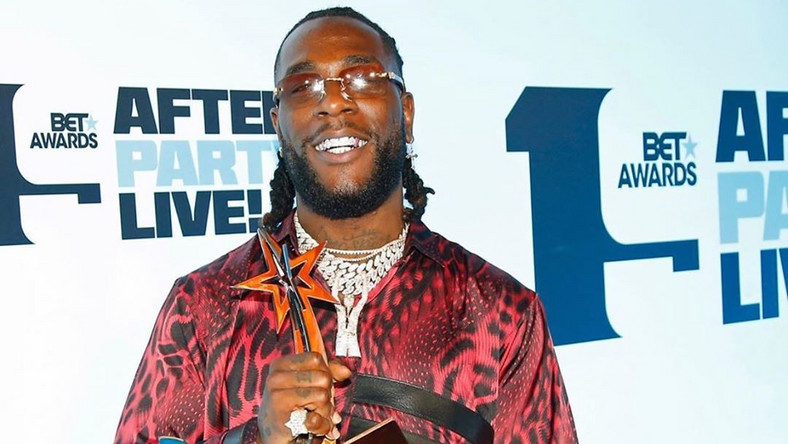 Nigerian Afro-fusion singer, Burna Boy has joined the list of Nigerian artistes who have received a BET award as he receives an award last night for Best International Act at the BET Awards 2019.

The Afrofusion singer was nominated alongside Mr. Eazi and Teni Entertainer in the category of Best International Act.

The award was accepted by his mother and manager, Bose Ogulu, who had to step up for her son who she revealed was just beside her minutes before the announcement.

Receiving the award, she said;

He must be the most restless person I ever met, he was here right now.

Thank you very much BET, Thank you, Africa, because that's the constituency for which we got noticed in the first place. And the message from Burna I believe, would be that every black person should please remember that you were Africans before you became anything else. Thank you!

Watch the speech below;

Shout out to #BurnaBoy for always dropping the spotlight on #MamaBurna in times like this ? we see that and we love it!!!??? Can we say #MamaBurna is the official speech maker of Burna? ☺ Very brief yet powerful speech ? . . #BETAwards2019 #Notjustok

Other Nigerian acts who have won the BET Awards in its 19 years of recognizing great Black music talents are Tiwa Savage, Davido, Wizkid, D'banj, and 2Baba.