Nigerian superstar singer, Burna Boy has reunited with the legendary Diddy who was executive producer on his Grammy Award-winning ‘Twice as Tall‘ album. 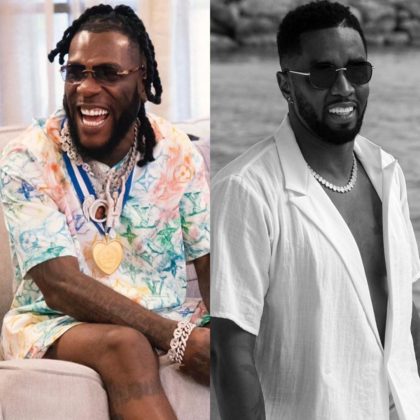 The legendary producer shared a video of their encounter via his Instagram stories on Thursday, the 24th of June 2021. Diddy started by saying the day was glorious because he was about to get reunited with Burna Boy. He also posted the video of when they finally met each other and both were so happy to see themselves. He said;

Diddy was the executive producer on Burna Boy’s 2020 album, ‘Twice as Tall’ which won him a Grammy. The music mogul was one of the first people to call the singer and congratulate him after his win. Burna Boy has also been nominated for “Best International Act” at the BET Awards holding this weekend. That explains why he dropped by to see the big man.