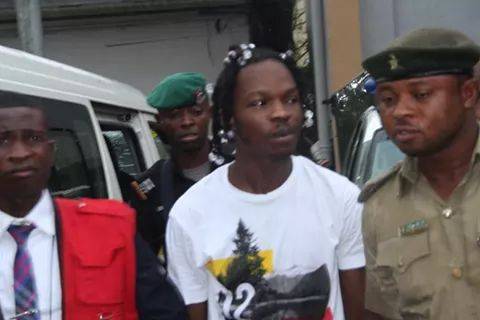 Nigerian singer, Azeez Fashola, popularly known as  Naira Marley has been granted bail, today 30th of May by The Federal High Court in Ikoyi.

The singer was defended by Olalekan Ojo, who according to Sahara Reporters, apologized for not showing up at the initial hearing on May 20th and pleaded that the court accepts the bail application Prima Facie based on the presumption of his innocence in accordance with Section 162(1)

The prosecution counsel, led by Rotimi Oyedepo urged the court to grant accelerated hearing rather than bail as he argued that the final judgment rather than temporary release is what matters.

The case was presided over by Justice Nicholas Oweibo, who, after listening to both arguments, granted the Issa Goal singer bail of two million Naira and two Sureties.

The trail has now been adjourned to 22, 23, and 23 of October for accelerated hearing.