The Federal Government of Nigeria has placed a ban on Twitter operations in Nigeria and this has caused entertainers around the country like Toolz, Erigga, Praiz, and others to respond. 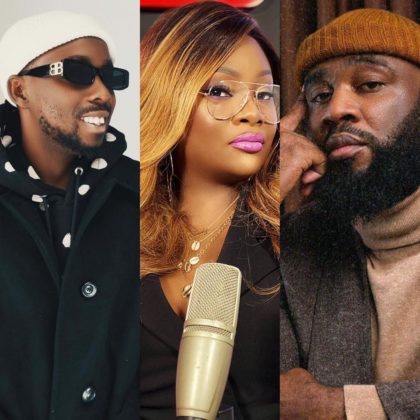 The Federal Government let out this information through the official Twitter page for the Ministry of Information and Culture on Friday, the 4th of June 2021. They said the pronouncement was made by the Hon. Minister for Information, Alhaji Lai Mohammed, citing as the reason, "persistent use of the platform for activities that are capable of undermining Nigeria's corporate existence". The Ministry wrote;

The Federal Government has suspended, indefinitely, the operations of the microblogging and social networking service, Twitter, in Nigeria.

The Minister of Information and Culture, Alhaji Lai Mohammed, announced the suspension in a statement issued in Abuja on Friday, citing the persistent use of the platform for activities that are capable of undermining Nigeria's corporate existence.

The Minister said the Federal Government has also directed the National Broadcasting l Commission (NBC) to immediately commence the process of licensing all OTT and social media operations in Nigeria. 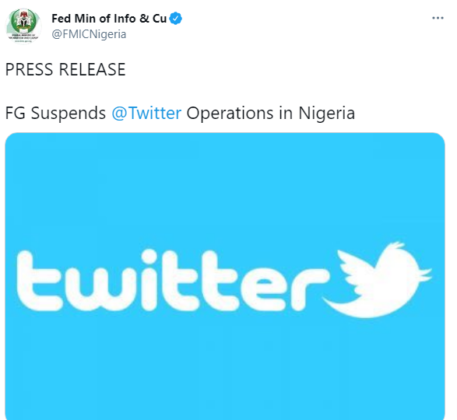 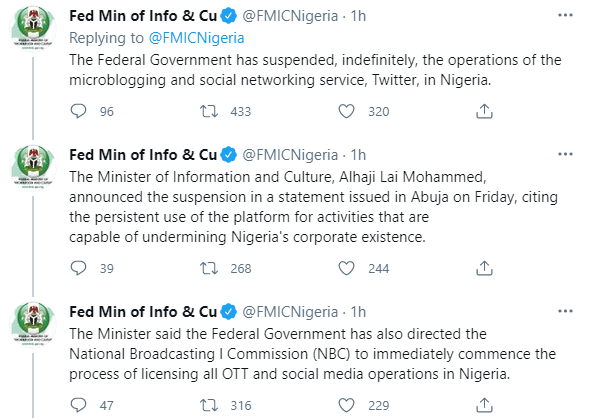 READ ALSO: "Praiz, Iyanya & Timaya stopped talking to me when I got married..." - Toolz O

This has drawn widespread disagreements from the public among which are entertainers like Toolz, Praiz, and Erigga. Toolz and Praise expressed amusement that the Government is announcing the ban of an app on the same app. Chairman of HKN, Adewale Adeleke also shares their sentiments.