Read Blaqbonez’ Testimony After Opening For Wizkid at the O2

Nigerian rapper, Blaqbonez has revealed his excitement at being able to perform at the O2 Arena alongside Wizkid during the latter’s recent concert last night.

Blaqbonez shared a note via his stories expressing his delight at being able to open for Wizkid and the Popular O2 Arena in London. He shared this via his Instagram stories on Tuesday, the 30th of November 2021. 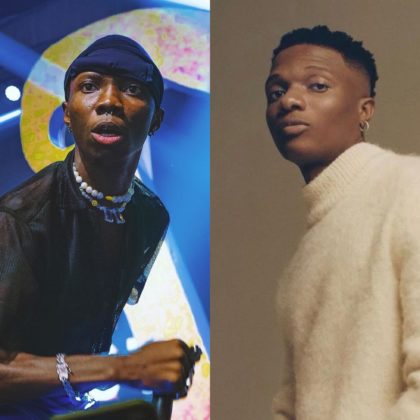 The second day of Wizkid's intended 3-day concert at the O2 saw the audience thrilled with performances from the likes of Lojay, Bella Shmurda, and Maleek Berry. Other artists who were present at the show last night include Blaqbonez, Tay Iwar, Buju, Skepta,Giggs, and Ms Banks. The first day of the event saw Wiz bring out Skepta, Buju, Tems, Ella Mai, and even surprise guest, Chris Brown on stage.

Revealing his excitement at opening for Wizkid at the O2 Arena, Blaqbonez described 2021 as the best year of his life so far. The rapper dropped a new album this year titled Sex Over Love which has churned out hits for him. He also recently released a deluxe version of that project and revealed that Wizkid himself will be on his next album which drops next year.