Rapper Blaqbonez has announced that he will be dropping a new project this month. 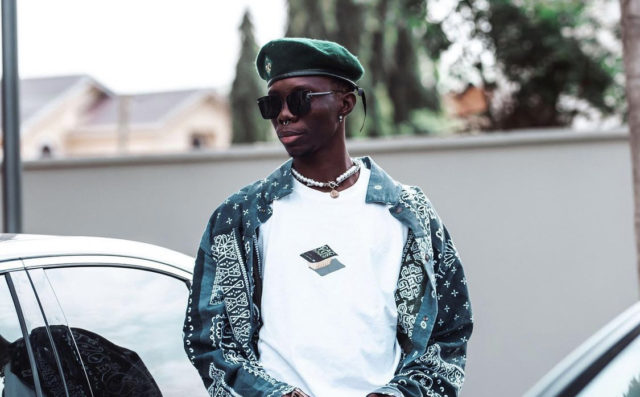 Ace Nigerian rapper, singer, songwriter and recording artiste Emeka Akumefule, popularly known as Blaqbonez, has announced that he will be releasing new content for his fans this month.

The lyricist whose verse on Basketmouth's latest single "Trouble" sparked reactions has announced that the deluxe edition of his previous album "Sex over Love" will be released.

A "deluxe" album is basically a re-release of an initial album, but with additional content relating to that same project.

Making the announcement via his Twitter page, the 100 Crowns & Chocolate City signee told his fans to expect the deluxe album this November. He wrote:

when you see me tweeting a lot, know promotion time is here. Sex over love Deluxe drops November 🎉

Away from the sex over love deluxe album set to drop, Blaqbonze, after being asked by a fan, revealed that the video for one of the most-sought after songs off the project titled "Okwaraji' will also be released this November. 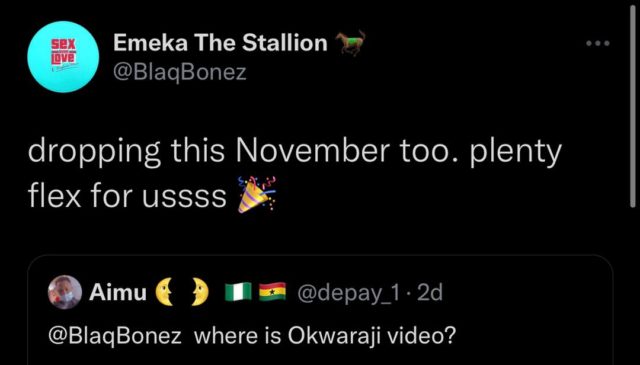