Blaqbonez Interview: Spills Tea On Artiste That Refused To Collaborate With Him

Nigerian rising rapper, Blaqbonez has revealed more details in an interview on the artiste that did not want to collaborate with him when he was still trying to make a name for himself. 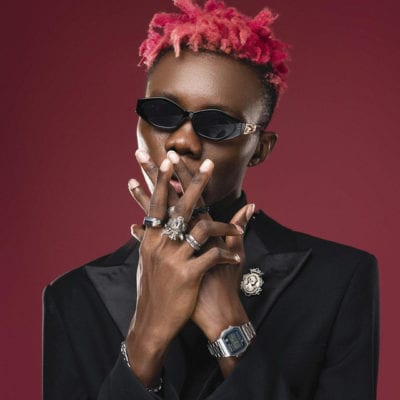 Blaqbonez, on the 4th of May, had tweeted that a Nigerian artiste who refused to collaborate with him when he was not s popular is now coming to seek collaboration with him now that he is more famous than he was. According to Blaqbonez, this artiste sent his gateman to dismiss him. 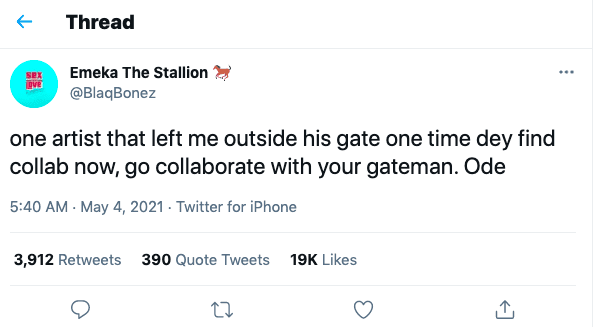 According to Blaqbonez during his chat with Adesope Olajide, the artiste had the intention to humiliate him, and sending his gateman was his way of doing that.

Read an excerpt from Blaqbonez interview below:

The reason why I said Gateman, some people thinking I'm just shading gateman randomly. It was the gateman he sent to come and tell me I should be going, that he's not doing a collaboration with me. See, I personally ehn, people pull up to me in my estate and say, you know, bro, I have a song. Like, even though I might not do the song, at least, give the person the chance ... you can say there's an email in my bio or have you recorded the song, let me hear the song. Like you have to give basic human decency. Imagine somebody comes to me and I send somebody to go and tell the person to go, that I am not doing anything. And the crazy thing is that his guy brought me to his house. This guy is not even blown as at that time, he was like me last year. Imagine someone trying to collaborate with me as at last year, knowing that I am not even there yet, and the person is in front of my house and I'm like tell the person to get out, I'm not doing any collaboration. You could have sent the person to say 'oh my label is not letting me do something, or send this song to an email, or come back at another time. It means that at that moment you wanted to humiliate me by sending that person (gateman)