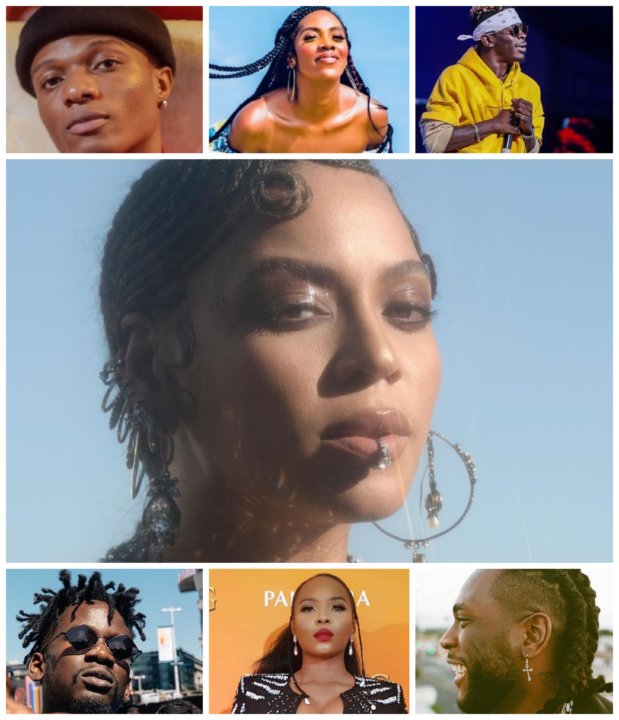 This information was released on the official website of the Lemonade singer with names of top African artistes such as Wizkid, Mr. Eazi, Yemi Alade, Shatta Wale, Tekno, Burna Boy, Tiwa Savage, and Busiswa.

The songs on the album titled "The Lion King: The Gift" are songs from The Lion-King movie and also songs inspired by the movie.

The album also features international stars such as JayZ, Pharrel Williams, Childish Gambino, and others. 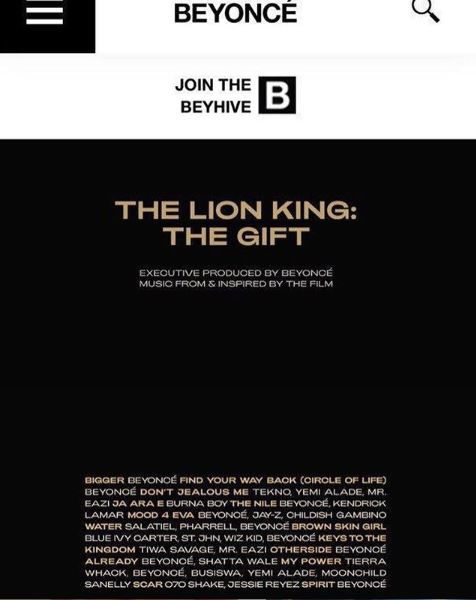 The Lion King movie will officially hit cinemas on the 19th of July, the same date the album will drop.