Nigerian singer, Bella Shmurda has reportedly gotten in trouble with Ghanaian authorities which led to him getting deported and banned for three months.

Sahara Reporters wrote that Bella Shmurda was deported and banned along with two others from Ghana after assaulting a doctor who declared them Covid-19 positive. The report was shared on Saturday, the 4th of September 2021. 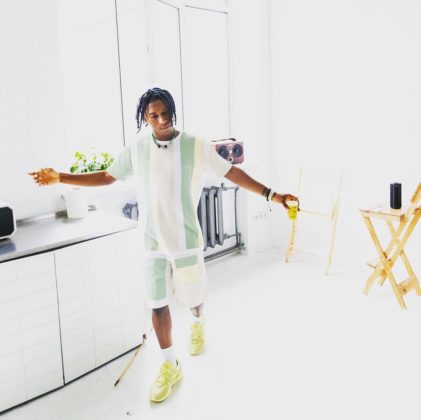 According to SR, Bella Shmurda along with his companions named Ramsey Omeofe and Jubreel Abimbola were found guilty of assaulting the doctor with a fork. They were subsequently deported, banned from Ghana for three months and fined GH¢2,000 each.

Bella Shmurda and his companions were reported to have become agitated after being placed in quarantine when their Covid test results came back positive.

According to SR, Bella Shmurda and his companion's attack on the doctor which got them deported was a ploy to escape from quarantine in Ghana. They were quarantined at the MPlaza hotel in Accra after their test results came back positive. SR also said that the doctor came to bring them their test results when they attacked him, worried that the development would ruin their plans.