Nigerian singer B-Red has revealed that the key to surviving in the music industry as long as he has is down to being humble. 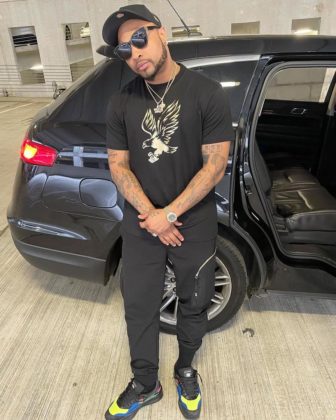 The singer said this in a video posted on Instagram on Friday, the 18th of June 2021. He said that when he started, he wasn't even singing. B-Red was just hyping his cousin, Davido and he wasn't humble. The HKN artist also stated that he later learned that humility was the way around the industry. In his words;

Just be humble in life. At first, when I started, I never even drop single. I just dey hype my cousin. I no dey humble. After a while, I was learning the industry. You have to be humble bro. Many artists wey don come up, I don see them go down many years. Many artists wey I dey look up to before, dem no fit stand by me now. Because of humbleness, dem no go hear word, Just be humble as you're making your money.

READ ALSO: B-Red comes through with 'The Jordan Album'

B-Red is the cousin to superstar artist, Davido and was the one hyping for him at a point. He started his solo career with the release of 'Insane Girl' in 2013. He has gone on to release smash hits like 'Uju' and 'Cucumber' featuring Akon.