BBNaija season 6 housemate, Saga has failed the secret task given to him yesterday which involved starting a fight with Nini and staying away from her.

BBNaija season 6 housemate, Saga has failed the secret task given to him by Biggie yesterday which involved starting a fight with Nini and staying away from her. He revealed the secret to her on Wednesday, the 15th of September 2021. 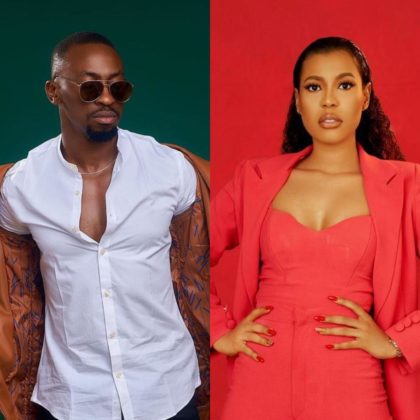 Saga was handed the secret task along with Liquorose which was to start a fight with their partners and stay away from them until the next diary session. Saga began the task on Tuesday and stayed away from Nini, bonding more with Liquorose. However, Nini got into a fight with Cross this morning, and in his bid to pacify her, Saga told her the truth.

Saga apologized to Nini following her altercation with Cross in the BBNaija house, revealed that he was given a secret task by Biggie and that’s why he stayed away from her. In his words;

Yesterday, I had a diary session and biggie said I should fight with you until the next diary session.I went to the diary room to beg Biggie to end the prank but he didn’t answer me, I will never hurt you 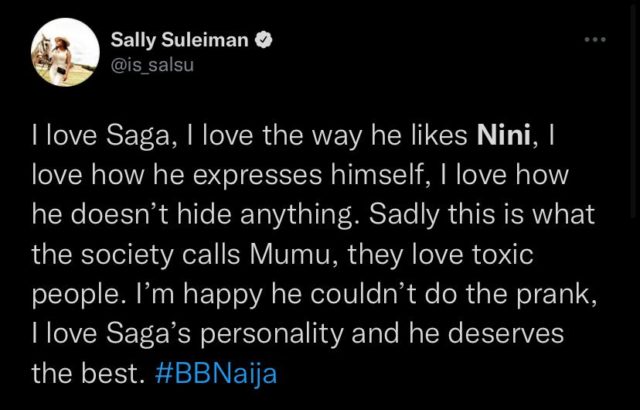 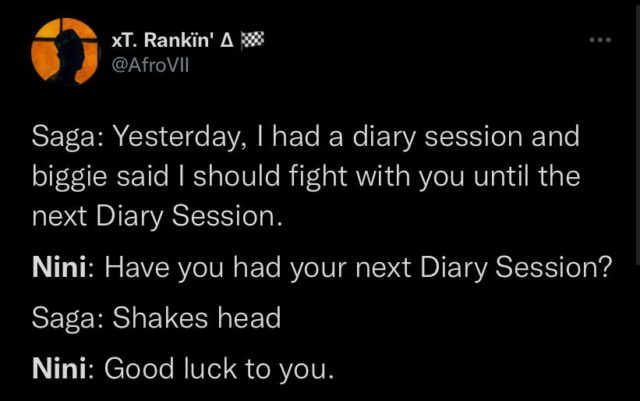 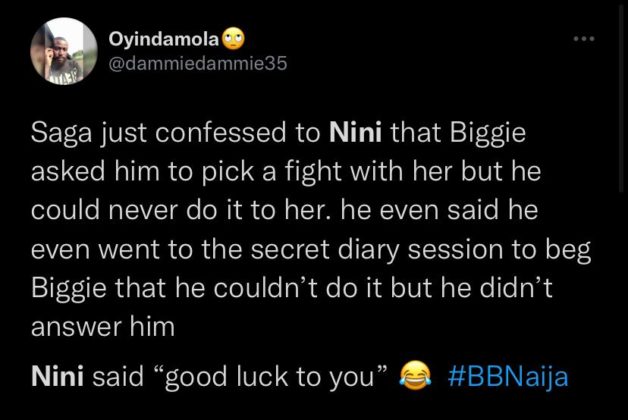 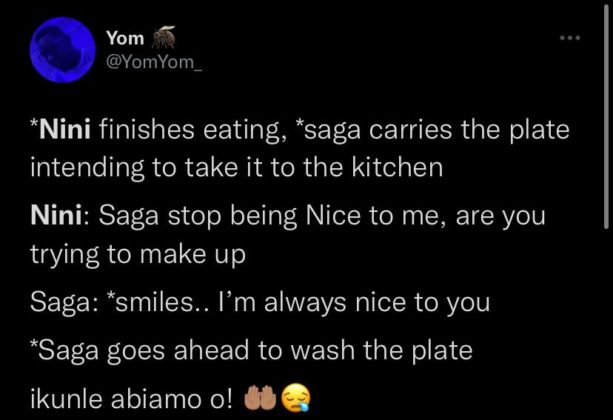 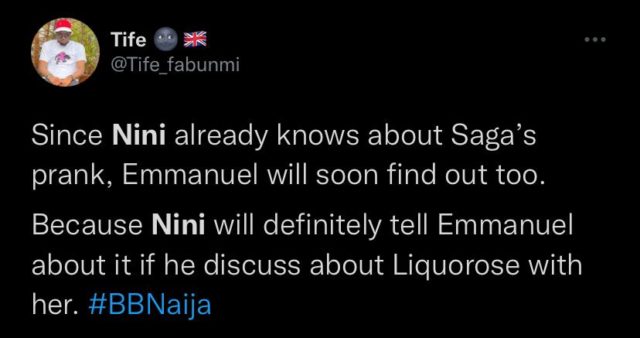