The Management of BBNaija season 6 contender, Pere has issued a statement concerning his recent clash with fellow housemate, WhiteMoney.

Pere's management issued the statement following his confrontation with fellow BBNaija housemate, WhiteMoney over a game the housemates were playing. The statement was released via his official Instagram page on Tuesday, the 17th of August 2021. 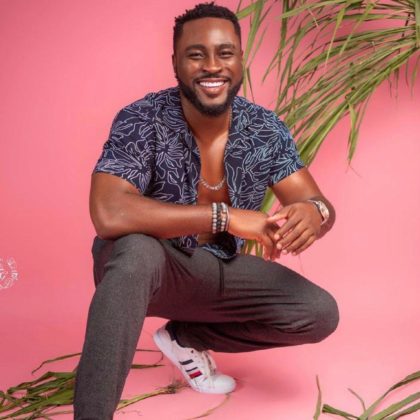 The housemates were all playing a game in the house, when Pere came at WhiteMoney, asking him to repeat something he asked. This was confusing to WhiteMoney and the rest of the housemates because no one really knew what he was referring to.  He told Pere to come at him directly next time, and not attack him under false pretenses. WhiteMoney also said he knows there's no love lost between them but there should at least be some respect. Maria also tried to intervene as the new HoH and held a close meeting with the two of them, but Pere refused to apologize. He insisted that he did not do anything wrong.

READ ALSO: Here's Why Pere and WhiteMoney Are Trending This Morning | WATCH

In their statement, Pere's management stated clearly that his clash with WhiteMoney was not bullying, but a necessary confrontation. They went on to say;

One of Pere’s many strengths is to create situations that would provoke people to break character and reveal their other side. None of us are perfect and it is the multiplicity of emotional expressions that makes a well-rounded character, which makes for great TV.

READ THE FULL STATEMENT BELOW: 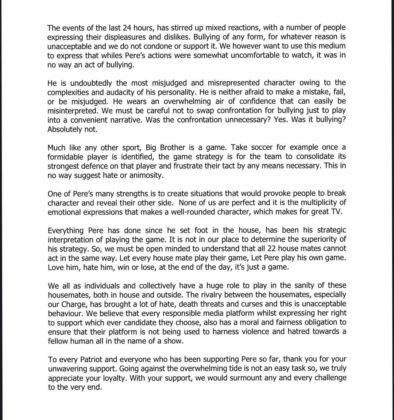