#BBNaija: Nini May Be a Fake Housemate – WhiteMoney Opines

According to WhiteMoney, his fellow BBNaija Shine Ya Eye housemate, Nini may be a fake housemate even as she is still regarded missing from the house.

WhiteMoney opined that Nini could be a fake housemate in the BBNaija house which is why she went missing as the show is drawing to a close. He said this in the house on Wednesday, the 22nd of September 2021. 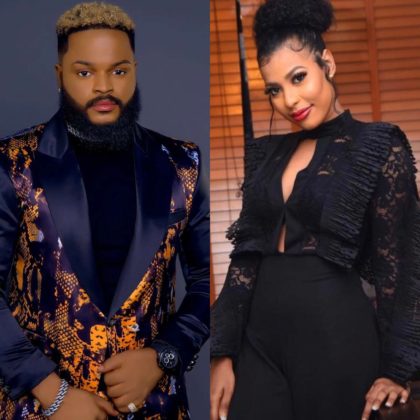 Nini broke down in tears during her diary session yesterday, claiming she was exhausted. Taking advantage of this, Big Brother gave a secret task, describing an exit upstairs for her to go through at midnight. Nini was also instructed not to inform any of the other housemates, not even Saga.

Speaking concerning Nini’s sudden disappearance from the BBNaija house, WhiteMoney asked if anyone considered the possibility that she could be a fake housemate. In his words;

I think she’s a fake housemate because of all the things that have happened involving her in the house.

Take a look at how Ebuka usually tells Nini to sit down during eviction shows whenever she’s up. He does not say “Nini you’re saved” in an anxious way he says it casually.