BBNaija season 6 housemates, JMK, Pere, and Maria have been issues strikes for their conduct it the house by Big Brother himself on Monday

JMK, Pere, and Maria were issued their strikes after being found guilty of intentionally removing their microphones in the BBNaija house. This happened on Monday, the 23rd of August 2021. 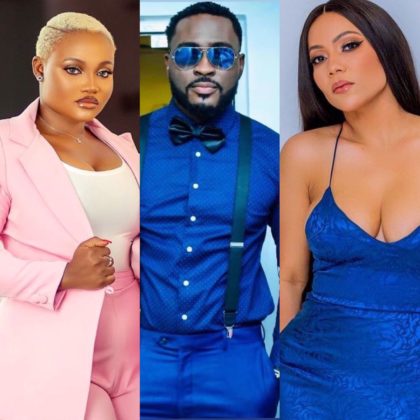 Big Brother himself told JMK, Pere, and Maria that they had all been issued their first strikes because they infringed with their microphones. He also informed them that another two strikes would mean their expulsion from the house. In his words;

For the continuous microphone infringements, you are hereby issued a strike. This is your first strike for all of you. Two more strikes and you will be disqualified from the Big Brother Shine Ya Eye house.

Big Brother also informed Maria, Pere, and JMK that they will be denied access to the HoH room for the next two weeks.

Asides from your strike, you are hereby banned from the Head of House position or privileges for two weeks, starting today. This means no immunity, no veto save and no access to the head of house lounge.