#BBNaija: Jackie B Reveals How Angel Disrespected Her Over Michael | WATCH

Recently evicted housemate from the BBNaija house, Jackie B has revealed how she got disrespected by Angel in her new Interview with Beat FM.

Recently evicted housemate from the BBNaija house, Jackie B has revealed how she got disrespected by Angel in her new Interview with Beat FM. The interview aired on Monday, the 14th of September 2021. 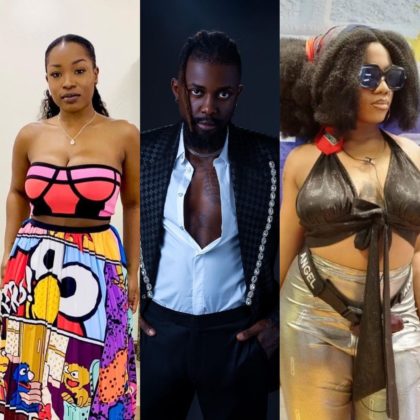 Jackie B, Michael, and Angel

Jackie B told Osi of Beat FM on the Morning Rush that Angel knew she and Michael were becoming an item, and she still went to him behind her. She said Angel started making advances towards Michael and that did not sit down well with her.

Jackie B was evicted from the BBNaija house along with JayPaul on Sunday and on their interview with Beat FM, she had some things to explain. In her words;

Angel and I were close and she told me and some other housemates that she liked and had feelings for Michael. Unfortunately, Michael and I liked each other and It was obvious so I felt like Angel would have just allowed what we both felt for each other to play out since we were very close then.

That was why her actions towards Michael got to me in particular because she was my friend. Like she was supposed to respect the fact that I and Michael had something going on but she didn’t and it pissed me off.