The BBNaija season 6 housemates came together to console one of their own today, Angel after she broke down in tears in the house.

Angel had an emotional outburst in the BBNaija house today, and it took the intervention of housemates like Arin and Maria to get her back. This happened on Wednesday, the 4th of August 2021. 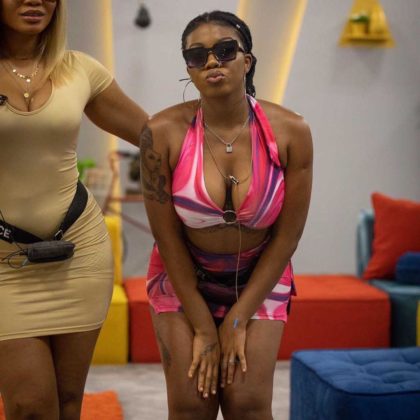 During her outburst, Angel told Arin that she believes she is being punished for the way she treated her grandmother when she was 10. She said she believes that is why her boyfriend died recently. Arin assured her that she did not have to punish herself for something that happened a long time ago, and when she didn't know better too.

Angel said she's 21 years old and she knows that there are many adults that have not been through what she has. She said this affects her a lot and is all she can think about most mornings when she wakes up. Maria also intervened at some point, telling Angel, "you are 21 and I'm 29. Do you know how many years you have to make way? Look at your name, do you think it came just like that."

Angel seemed to be having a good time before her emotional outbursts today, as she hosted the fashion held by the BBNaija housemates yesterday.