#BBNaija: Emmanuel Has Been Evicted from the House

Emmanuel has become the first housemate to be evicted from the BBNaija house on the final live show happening now as we await the winner.

Ebuka announced Emmanuel as the first housemate to be evicted from the BBNaija house during tonight’s live show as we await the eventual winner. This happened on Sunday, the 3rd of October 2021. 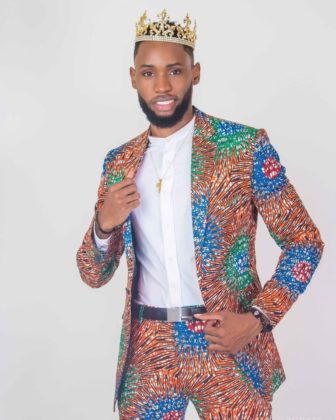 The BBNaija live show kicked off with a word from the in-house audience on which housemates they were rooting for to win. Then Made Kuti hit the stage to deliver the very first musical performance of the night.

After getting evicted, Emmanuel joined Ebuka on the BBNaija main stage to discuss his time in the house. He revealed that he was very surprised he got that far. Also discussing the issue with Liquorose last night, Emmanuel revealed that he did not hear when she said she wished she had dropped him earlier. He revealed that he is ready for the industry outside the house and would like to delve into fashion and modelling head on.

BBNaija season 6 housemate, Emmanuel is a former winner of Mr Africa. He is a model who is a preacher of, “a little love and a little drama”.