Mavin Records singer, Ayra Starr, has revealed that she is ready to drop her debut album, but first, she intends to release a new single on Friday.

Ayra Starr's new single, titled Bloody Samaritan will be the lead single off her debut album, which will drop on the 6th of August. The singer revealed this via her Twitter page on Tuesday, the 27th of July 2021. 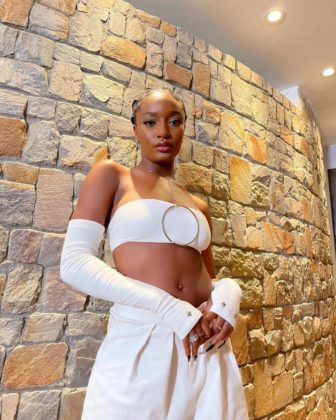 Ayra Starr shared a tweet today, saying that her new single is titled Bloody Samaritan and it drops on Friday. She then promised that it will be "mad". In her words;

First single off my Album ‘Bloody Samaritan‘ out this Friday !! , it’s Gonna be mad !👼🏾⭐️⚠️

She also posted some new photos of herself along with a screenshot of the tweet and wrote, "It’s gonna be a bloody Friday !!👼🏾⭐️⚠️"

Ayra Starr revealed details for her debut album earlier this month, titled 19 & Dangerous, and will house her new single. The 19-year old singer, songwriter, and model recently made the announcement via her Instagram page. Her debut album is scheduled to drop on Friday, August 6, 2021. Making the announcement, she wrote: