"As far as I'm concerned, only Fela Kuti does Afrobeat..." - Burna Boy 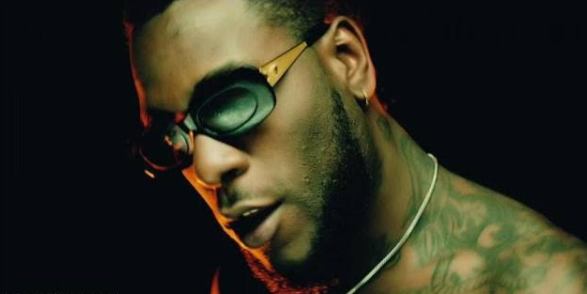 Nigerian singer, Burna Boy has that while almost all Nigerian artistes are claiming to be Afrobeat singers, he is saying they are not as Fela Anikulapo Kuti is the only known Afrobeat singer and so far so good, nobody has been able to try or match his game... that sounds like what Burna Boy said.

This was revealed in an interview with a show in London on Radar where the singer was referred to as the King of Afrobeat. Before addressing the issue of his album, Outside, which he was there to promote, Burna Boy ensured he cleared the misconception of his genre and his place in the Nigerian Music Industry.

According to Burna Boy, what he does is Afro-Fusion and not Afrobeat like we would probably like to call it. He went further to state that Afrobeat has only been done by late Fela who hasn't been matched by anyone as what Nigerian artistes have been doing is Afropop and not even Afrobeat.

Afrobeat is a beat originated from Nigeria and Ghana consisting of African beats and was pioneered by the great Fela who created this genre out of the desire to stand out from Western artistes like James Brown during his time. So can we still say what we call Afrobeat today is doing justice to what it was created for?

To Burna Boy, what our artistes are singing right now is Afropop and not afro beat hence the question isn't raised with the content of the song, rather with the sound as he feels the present African sound artistes are calling afrobeat is now a popular sound, not totally African but a mix of the African and the popular sound.

This sound according to Burna Boy is not a sound he vibes to as he sees himself as an Afrofusionist. In an interview with The Native, while explaining his musical identity, Burna had said;

“I’m not a rapper or a singer, I’m not even an Afrobeat singer, I’m an Afro-Fusionist, it’s a spiritual genre of music, it just comes. You get chosen and it just works out for you... It’s fusion because it’s everything. Whatever the spirit decides, that’s what it’s going to be.”

Now you guys know the difference between Afrobeat, Afropop and Afrofusion... Which genre does your favourite artiste belong to?