The wife of the legendary 2Baba, Annie Idibia has tendered a written apology to her husband and everyone that was affected her recent actions as she celebrates her 37th birthday.

Annie Idibia wrote an apology and shared it via Instagram, apologizing to her husband, 2Baba and everyone who was affected her actions recently. She shared this via her Instagram page on Saturday, the 13th of November 2021. 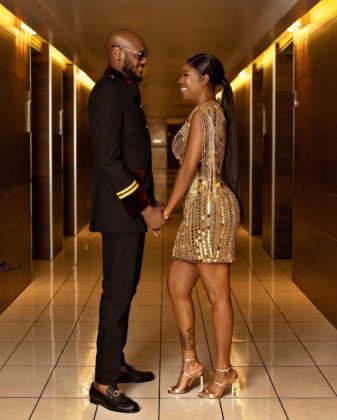 Annie Idibia and 2Baba were in the news earlier this year as she was seen sharing some family squabbles on social media. In the previous messages she shared on social media, she bashed 2Baba for allegedly giving his baby mothers preferential treatment over her.

In her apology note which was shared via Instagram on her birthday, Annie Idibia wrote that the period when she was having the fight with 2Baba were the worst 10 weeks of her life. She revealed she let her emotions get the best of her and now she regrets it.