Airline Reveals Naira Marley Is Not The Babatunde Fashola They Thought

Following the reactions after Naira Marley and some people in Abuja flouted the lockdown rule of "no gathering" to hold a concert, the airline owner, Executive Jets has released a statement that Naira Marley is not the Babatunde Fashola they thought. 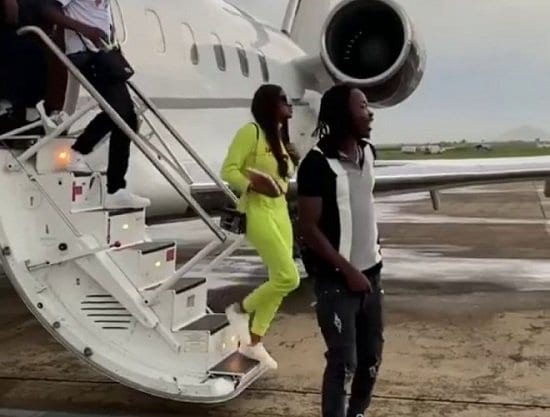 This statement, which was also accompanied by an apology was released after the Federal Government suspended the airline after flying Azeez Fashola also known as Naira Marley, who held a concert in the midst of a pandemic lockdown.

Revealing Naira Marley was not the person they had were expecting, Executive Jets Services said they had thought 'Babatunde Fashola' they were told about was the Minister of Works and not Naira Marley and his crew who the airline referred to as "useless people".

“So, on Saturday morning, 13th June 2020, my staff called me that they have a charter flight to Abuja, and that the passengers are already in the lounge. As a rule, passenger manifests are always sent to me before departure.

“When I went through the manifest and saw FASHOLA BABATUNDE, I thought it was the Honourable Minister of Works going to Abuja with his men. So, we decided to do the flight since he is a serving minister of the Federal Republic of Nigeria. I didn’t know that it was a bunch of useless people.

“We are very sorry for this mistake and we promise that this would not happen again.” 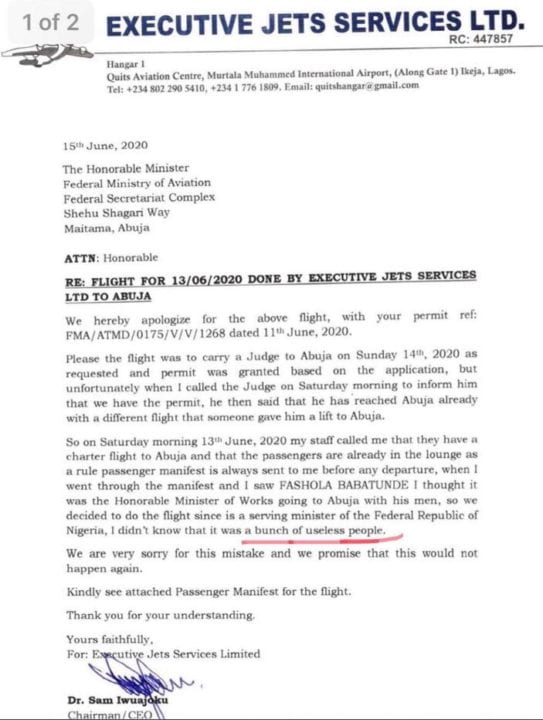