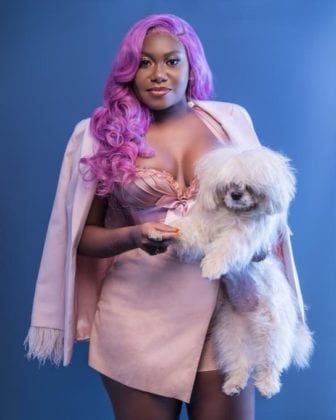 The announcement was made on the 21st of June via Twitter where she stated that both album title and tracks have been approved.

This announcement was after Niniola revealed that she will be dropping her new single; no title yet.

Although the afro-house singer did not state when the album and single will be released, she said;

"Another Secret... We just titled the album

All Tracks have been approved.

Niniola in a recent interview with Rollingstone revealed she has been working with veteran hitmaker, Timbaland who might be a part of this new project as we are yet to see their work together.

a little secret... New Single just arrived in the mail. mixed, mastered and ready to go ??????

Another Secret...We Just Titled The Album.?
All Tracks Have Been Approved.?
Album Release Date Agreed.?
And NINI Is Ready!!! ???