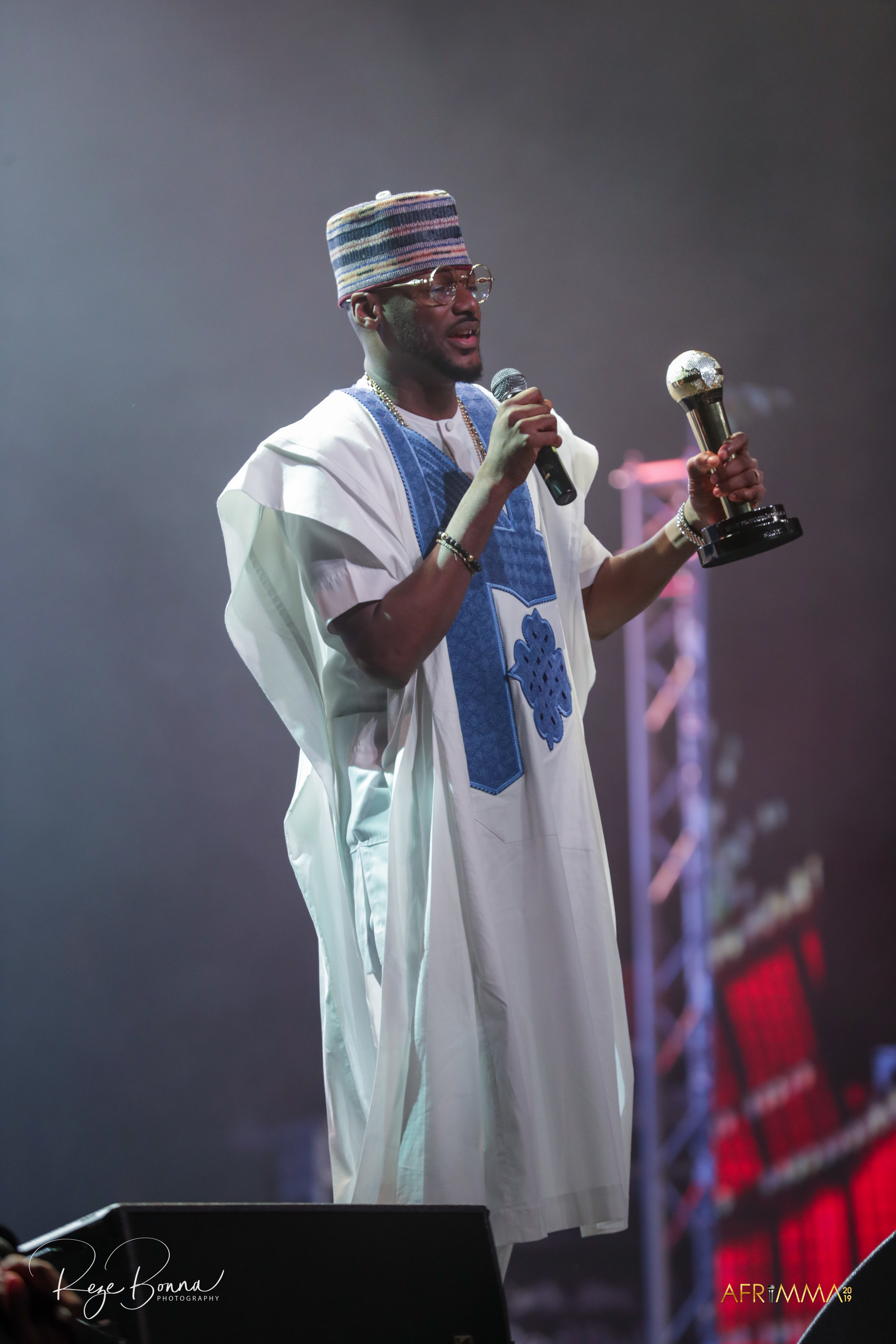 In front of a capacity crowd at the Bomb Factory, Dallas, Texas, venue of the 6th Africa Muzik Magazine Awards (AFRIMMA), pop legend, 2Baba aka Innocent Ujah Idibia was honoured with a #20YearsAKing Special Recognition Award for his pioneering role in the evolution and rise of Afrobeats over the last two decades.

Receiving the recognition which is his third major honor in a landmark year, 2Baba thanked the organizers, Big A Entertainment in particular and everybody supporting the movement globally. He also seized the moment to stress the need for the proceeds of the global penetration of Afrobeats to adequately benefit Africans back at home and in the Diaspora along with everyone else putting in work.

As noted by ace comedian and event co-host Basketmouth, Big A's successful journey into the music promotion and consequently, the organization of AFRIMMA, the biggest African music awards in the Diaspora began with the hugely successful staging of the "2face Live in Dallas" concert in November 2009. Anderson Obiagwu, founder, the executive producer noted, "We owe a lot to his star power, professional conduct, and friendly disposition. But for him, we may have not been able to find the desire and commitment to continue in this path. We are always proud to be associated with his brand and person."