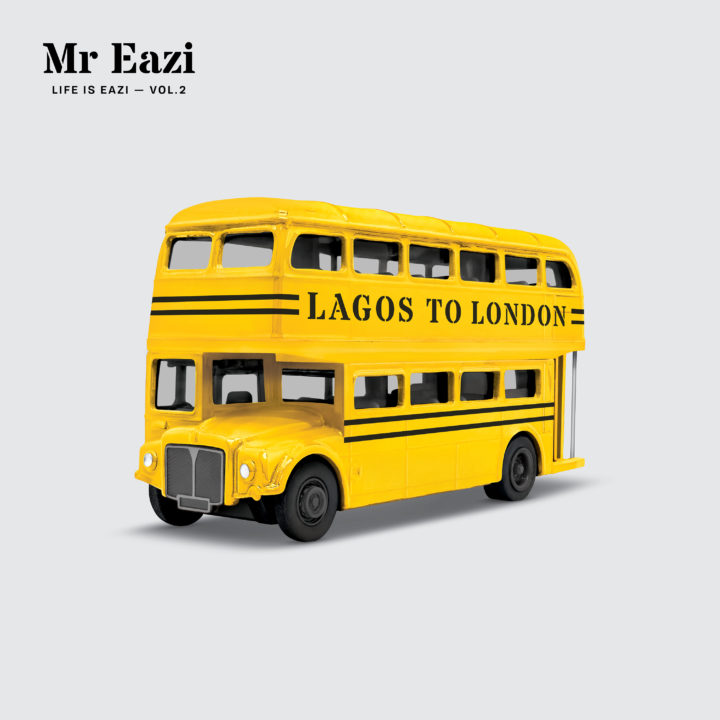 Mr Eazi returns to level out and one-up the playing field with a meaty collection of Bankufied magic on Life is Eazi Vol. 2 – Lagos to London, his third and most accomplished studio offering.

Recorded mostly between the cities of Lagos and London, and in-between sell-out shows and chart-topping collaborations with the likes of US-based globetrotting sonic chemists Major Lazer (“Tied Up”); English drum-n-bass collective Rudimental (“Let me live”); and mind-shifting singer/songwriters Raye, Mo and Anne-Marie, this follow-up to Life is Eazi Vol. 1 – Accra to Lagos is a crackling marker in a progressive, stellar career.

The thirteen songs on this set are arranged such that the listener’s taken on an exclusive and trippy ride down coastal avenues and uptown highways.

Simi’s songwriting prowess manifests light on “Surrender”, while Afrobeats’ grand-don Tuface makes a welcome appearance on “Suffer Head”, which takes a leaf from Sister Nancy and breathes West African flair to her timeless classic, “Bam Bam”. Fela gets a nod on the Azonto-leaning Open and Close”, while Burna Boy is invited to cast out bad spells and soothe the heart on “Miss You Bad”. Reggae Revival lynchpin Chronixx utters righteous vibrations of love and understanding on the nice an’ easy charm of “She Loves Me”. Elsewhere are “Keys to the City (Ogede)”, “Property” (alongside South African band Mi Casa’s Mo-T), and “London Town”, where the Landlord Giggs spits bars alongside Mr Eazi’s urgent-sounding licks that warn informants and badminds to quit acting tough on “London Town”.

Raw, live and direct from the heart, Life is Eazi Vol. 2 – Lagos to London is going to stand the test of time, and perhaps surpass it.