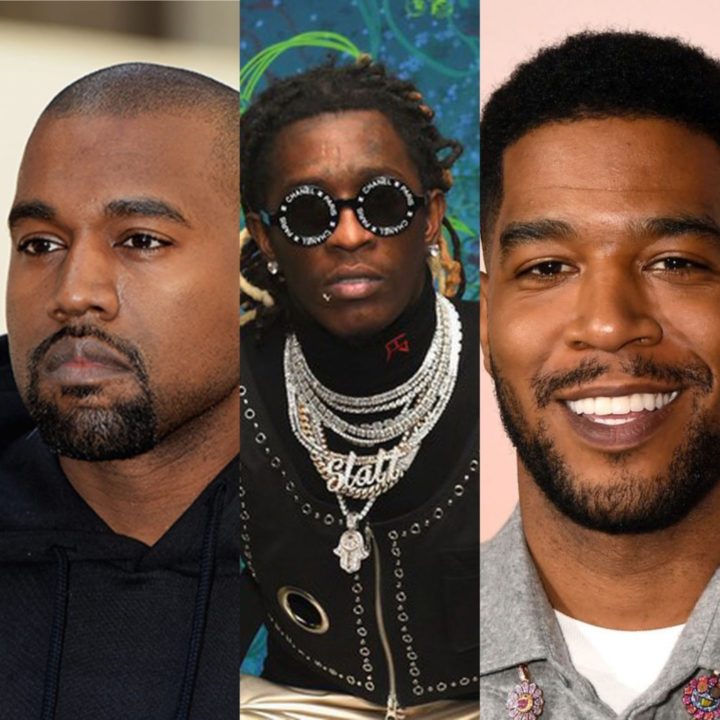 Intro: Kanye West
Please don't ask again, who's up in the van?
They my only fans
I was in my hovercraft, had another laugh
How you roll with them? When you know I'm him

Verse 1: Kanye West
On my Instagram, it get outta hand
Why you so mad?

Verse 2: Young Thug
I just, oh, I owe you a load
I live on the Titanic (Oh), I can rock your boat (Spider)
Hopping out the brand new Rolls (Skrrt, skrrt)
Hopping out the brand new Rolls (Skrrt, skrrt)
Jеsus sent me brand new clothеs (Skrrt, skrrt)
Wrist still thirty-two below (Yeah)
I want my mob ties to shine (Hah)
I could caress your mind with the right time (Time)
Don't you give your love up, this is the right sign (Sign), sign (Yeah)
I treat you lovely and righteous and kind (Hah)
And we'll be lasting with another 'til we die (Yeah)
I'd give you kids at the drop of a dime (Dime)
Oh-woah, told the **** fold my clothes (Fold my clothes)
Take it to the light like a strobe (Yeah)
Taking me to court like O (Taking me to court like OJ)
Paparazzi sleep at my door, I just thought that you should know (Sleep at my door)
I get frozen like the North Pole, don't you freeze up on a pole

Pre-Chorus: Young Thug
He got this on remote control like a sink in gold
He got it, no fight, no more meds, twilight in the game
He got it on my hover craft, have another laugh
Pop on a handstand, twilight in the man

Verse 3: Kid Cudi
You not understand, I am not your mans
See, I'm super, I got plans, trips across the land
Diamonds dancing on my hands, Cudder in demand
All in pink like Killa' Cam, holy ****
Watch 'em go, baby like what she see, hey
In the evening, it's the time, and it's right, hey
Taking it solo, lose the bag, it's disco, hey
Just a-just a doing damage plus some damage, you know, it's a thing
And we riding, it's a little bit of liquor and we sliding, it's on
And we 'bout it, say goodbye to the worries, baby, so long
Feeling she love my shine, oh
**** color outside the lines, I am so out of-out of control
And I'm falling, glowing in the mold
And she said she understands the code, see, we play our roles
This is how it goes, innocent, ooh
And I'm tryna find you in my dreams, ooh
See, I'm just a creature in the night, she gives me what I like
Electric through my bones, feels so right