When Nigeria’s King of Comedy jumps on a track alongside the country’s favourite rapper/actor/president of the Sweet Boys Association and leading Ghanaian highlife musician, there’s bound to be grooving. 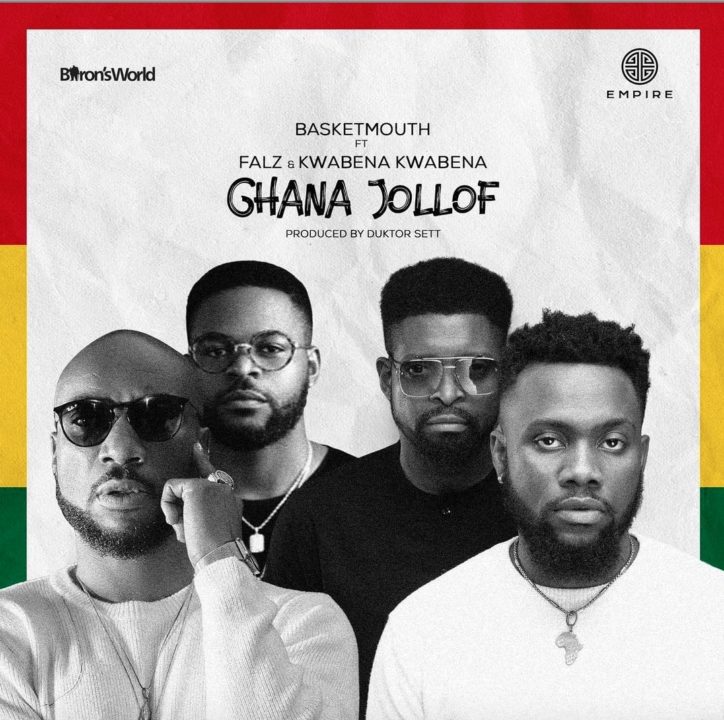 Ahead of the launch of the highly anticipated Showmax Original Ghana Jollof, Basketmouth, Falz and Kwabena Kwabena have cooked up the highlife-infused companion track ‘Ghana Jollof’ for the show.

The single is the first off the soundtrack album for the upcoming comedy series, which is executive produced by Basketmouth and stars AMVCA-award-winning actor/comedian, Funnybone and AMAA nominee/YouTuber Akah Nnani as two Nigerians who move to Ghana in search of greener pastures.

Shot on location in both Lagos and Accra, the show also stars comedian/actor Buchi and Uzor Arukwe, who starred as dreaded crime boss Knight in Sugar Rush.

The track is produced by Duktor Sett, who also produced Basketmouth’s debut album, Yabasi, while the video for it is set to drop on 3 September.