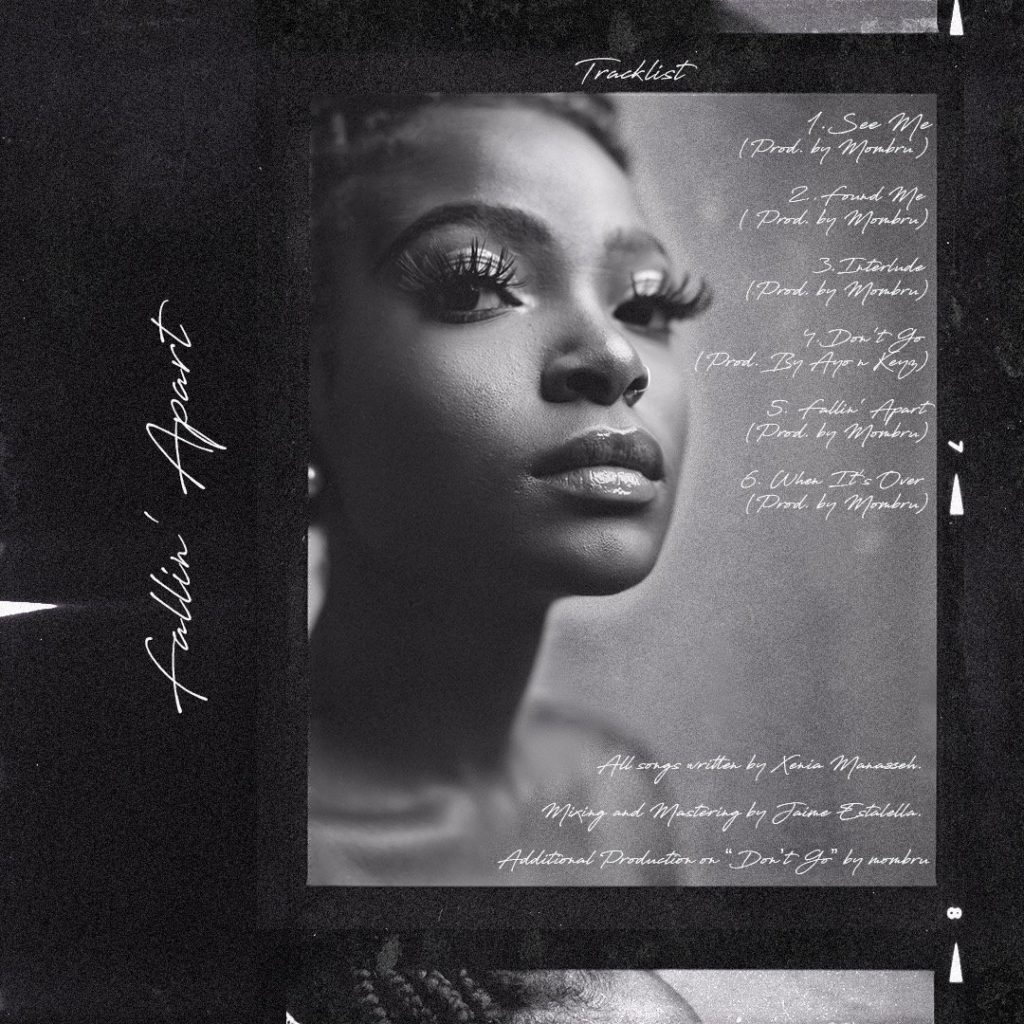 One word! Breathtaking! Fast rising Kenyan singer & songwriter Xenia Manasseh just released her debut EP "Fallin' Apart". The young talented queen brings forth a new refreshing sound to the music industry and her sultry vocals are everything! If you are a fan of contemporary R&B music, Xenia is definitely your girl. The 6-track EP features hits "See Me", "Found Me", "Don't Go", "Fallin Apart" and "When it's Over".

Some of her other hits include “Niambie", "For Your Consideration" and she was also featured in Mutoriah's debut album on the single "Made Up of Love"

She says, “This EP is about the downfall of a relationship. The EP starts with the relationship already on its last leg & by the end, the relationship is over (& that is okay!!!).” Watch her first video off the EP directed by CJ Pixels and KG Brian.

Xenia is a graduate of Berklee College of Music. While at Berklee, she had the opportunity to sing background vocals for Crissy Collins, Gloria Estefan as well as sing lead for Beyonce’s original band while they had their own tour. What's more? In 2017, she performed at The Essence Festival. After releasing music for two years now, Xenia’s versatile music compositions and sound continue to hit both regional and international music fans. It’s just a matter of time before she gains global recognition as one of Africa’s most unique songwriters and artists!