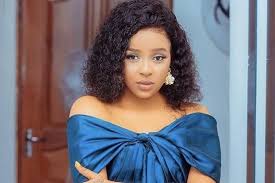 Nandy who is Tanzania's most nominated female artist on Afrimma awards has recently scored 1 Million subscribers on her YouTube channel approximately 5 years and 8 months since she joined the platform.

Nandy, therefore, becomes the second most subscribed female artist on Youtube in Tanzania after WCB's signee Zuchu who joined YouTube's Golden Club 11 months after her debut.

With this record, Nandy joins the list of Tanzanian artists with over 1 Million subscribers on Youtube. Other Tanzanian artists who have scored such a milestone include Diamond Platnumz, Rayvanny, Harmonize, Ali Kiba, Lavalava, and 'Sukari' hitmaker Zuchu.

Nandy's latest offering named Siwezi has also made waves in East Africa after amassing 1 Million views on YouTube in just two days, a milestone that's rare to achieve in Tanzania.