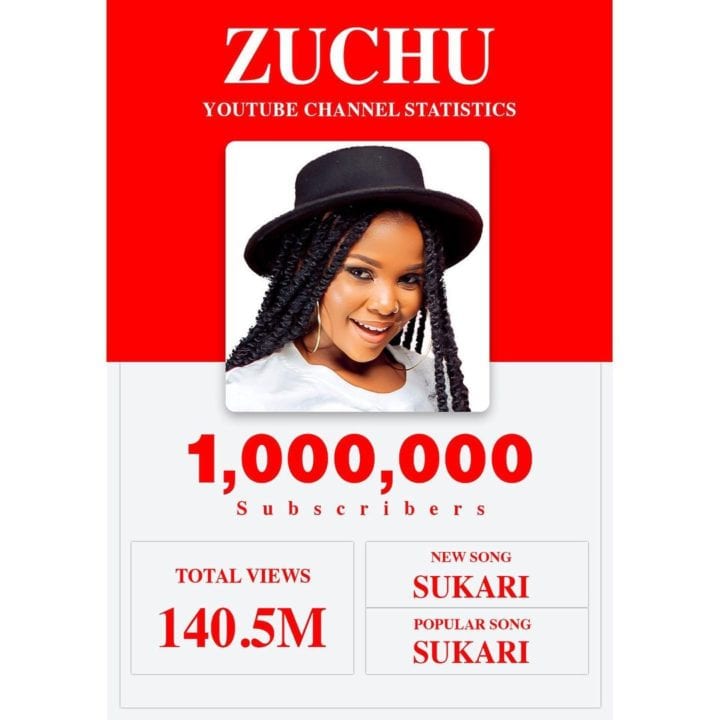 The talented singer who joined the Bongo Flava scene under WCB Wasafi took  to her social media to share her excitement,

Translation:1,000,000 SUBSCRIBERS THANK YOU SO MUCH FOR YOUR LOVE THAT HAS ALLOWED ME TO GET TO 1 MILLION SUBSCRIBERS IN 11 MONTHS. I HAVE SO MUCH TO THANK YOU FOR BECAUSE TODAY WE HAVE MADE AN IMPORTANT MARK IN  HISTORY

Zuchu is now looking forward to receiving her reward of The Golden Plaque (Youtube Creator Award) by the YouTube management.

The Sukari hitmaker is now the most subscribed to Female East African Artist beating the African princess Nandy, who was leading with 724,000 subscribers.

Zuchu also recently became the first female artiste in Sub-Saharan Africa to clock 1 million views on YouTube within 22 hours through her song Sukari. 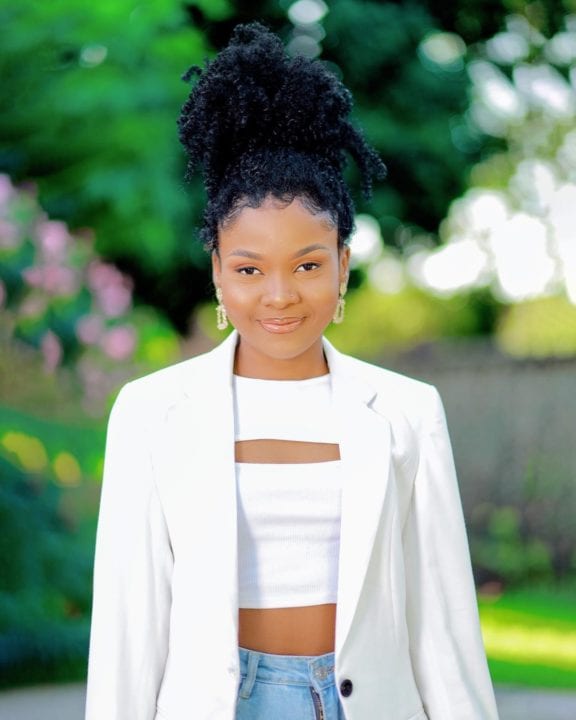 In June of 2020, the Wana hit maker made her first major milestone by becoming the first female artiste to be awarded the Silver Plaque barely two months after joining the music streaming platform.

After less than a year in the game, Zuchu has been effortlessly carving her spot at the top of African music by setting and breaking her own records.