While Kenyans are still celebrating Ferdinand Omanyala who was recently crowned as the new Commonwealth 100 Metres Champion, Savara has decided to spice up the feast by releasing a brand new song titled Omanyala Featuring Khaligraph Jones, Trio Mio and Maandy 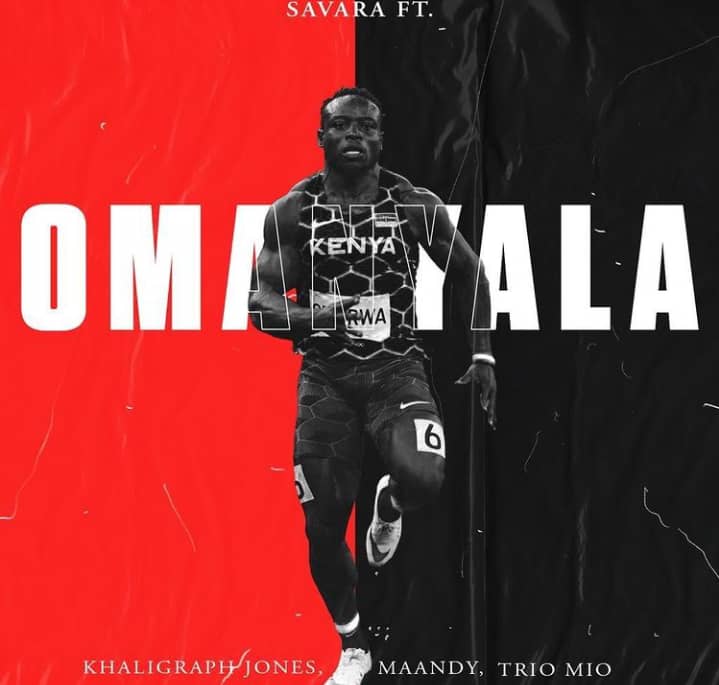 Sauti Sol's member Savara has decided to tap Khaligraph Jones, Trio Mio, and Maandy in his latest single titled "Omanyala" which is an ode to Kenya's sprinter Ferdinand Omanyala who won Kenya's first gold medal in the ongoing Commonwealth Games in Birmingham England.

On Wednesday Ferdinand Omanyala soothed the hurting Kenyans' hearts after handing Kenya its first gold medal at the 2022 Commonwealth Games when he dashed to victory in the men's 100m at the Alexander Stadium. Omanyala's win inspired Savara who went to the studio and made a song to celebrate Omanyala's victory.

To announce the release of the song that sees the singer working with talented artists such as Khaligraph Jones, Trio Mio, and Maandy, Savara mentioned that the uptempo track decorated by Khaligraph's well-tailored bars is special for the Kenyan sprinter Omanyala went on to thank all the artists that were featured as guests.