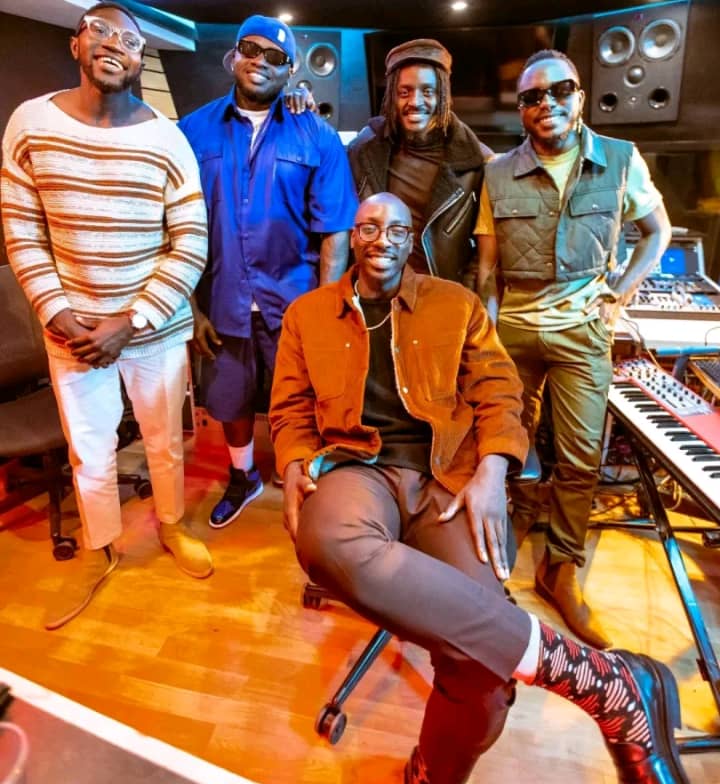 East Africa's leading music band Sauti Sol is finally out from hibernation after releasing a brand new joint titled "In My Head" featuring Kenyan rapper Khaligraph Jones. The song comes weeks after two parties were spotted in the studio recording new music, a move that hinted to fans that new music between Sauti Sol and Khaligraph Jones is on the way.

READ ALSO: Sauti Sol And Oxlade Collaboration Is On The Way | SEE DETAILS

"In my head" is a song that is meant to accompany Kenyans during this election season. The well-executed and lyrically enriched track sees Sauti Sol and Khaligraph Jones urging Kenyan people to go out and vote on election day while also citing some of the problems facing Kenya recently including the ongoing skyrocketing inflation.

This is the second time Sauti Sol has collaborated with Khaligraph. The two acts released "Rewind" in 2017 a song that became a cross-over hit in Kenya.