Since Boomplay opened up its operations in East Africa, the app has changed many things in the East African music space including the fact that now East African artists can release their projects confidently, knowing that there is a financial reward in return. To celebrate Boomplay's contribution to the burgeoning album market in East Africa. Here Are The 5 Most Streamed Tanzanian Albums on Boomplay : 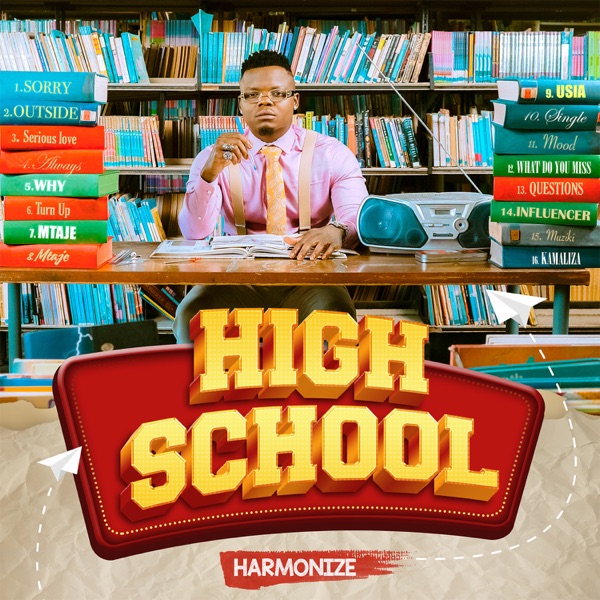 5. A Boy From Tandale - Diamond Platnumz

Diamond Platnumz released this classic in 2017. The album saw the WCB CEO working with international artists such as Rick Ross, Morgan Heritage, Omarion, and Tiwa Savage and other Tanzanian artists such as Vanessa Mdee, Young Killer, and Rayvanny. So far the album has amassed 8.3 Million Streams on Boomplay.

Sound From Africa is one of the most diversified albums ever released in the history of Tanzanian music in terms of sounds and genres. The 23-track album has so far amassed about 23.1 Million streams on Boomplay, a milestone that no other East African artist has so far achieved for a debut album.

The moment Harmonize unveiled the cover art of High School, it was crystal clear that the album was a classic. Even though Harmonize in many scenario has been accused of "killing" and ignoring this masterpiece for other projects, so far High School has amassed 29.6 Million on Boomplay.

In this Pan African album, Ali Kiba worked with different front seat names in the African music industry including Mayorkun, Rude Boy, Khaligraph Jones, Patoranking, and many others. The album was well-received by fans, with "Utu" which is considered by many as the album's signature tune, diving uninvited into every house and party in Tanzania. The album has so far collected 42.3 Million.

This album means a lot of things to a lot of people. With this album, Mbosso solidified his status as the King Of Love Songs In Tanzania and that's why it penetrated the demographics and spheres that no other album released in 2021 could.

The album's lead single "Baikoko" was a crossover hit in Tanzania and East Africa in general, with its music video being the second most-watched music video on YouTube in 2021. "Definition Of Love" holds the status of being the most streamed Tanzanian album on Boomplay of all times enjoying 56.4 Million streams on the platform.