Wizkid, Davido or Burna Boy; who deserves the most awards this year?

2017 was a great year for Davido. With the release of the biggest Afrobeat songs, If and Fall which still continue to enjoy maximum play in the international market, the singer promised that we had only seen the tip of the iceberg. He boasted that 2018 would even be a bigger year and it was nearly unarguable. Wizkid also had a great year, but he did not make so much impact and did not release so many bangers. Although he made Manya with Mutay, Ma lo with Tiwa Savage, the Starboy was not as influential as Davido.

These two acts have been compared times without number. As much as some people like to believe that it is not necessary to do so, it should be considered that it is perfectly normal and inevitable. In fact, a lot of their successes directly or indirectly depends on the comparison of the two acts. Since they both came into the limelight, they have been frontliners for the growth of Afrobeats.

2018 has been a major year for Afrobeats and Nigerian acts. More artistes have taken their careers more seriously and are doing major things to promote the African sound to the world. Runtown, Patoranking, Wande Coal, Mr. Eazi have all been working so hard to break into the international market – and they have. Despite all of this, Wizkid and Davido refuse to step down from their prestigious positions. The two artistes remain at the forefront and continue to thrill their respective fans with their music. But things are quite different this year. Burna Boy decided that he was not playing around this year and went ahead to seize the music industry by its throat. He dropped insanely hot jams this year and joined in on the contest of who is claiming 2018 (music wise).

Wizkid, Davido and Burna Boy, undoubtedly, are the top three hottest Nigerian acts at the moment. Between the three acts, songs like Fever, Ye, Assurance, Gbona, and so many others have dropped. 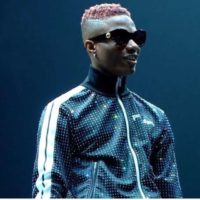 Wizkid (flying under the Starboy label) released Soco, the biggest Afropop song in 2018. There had been speculations that Wizkid was stuck in his Sony deal and could no longer release songs on a whim. However, this did not impede the artist this year. He was on a song (Fake Love) with the king of Pon Pon sound, Duncan Mighty. He featured on so many major songs this year like Nowo, Soco, Energy, Bella, Joanna remix. He dropped two singles, Fever and Master Groove and the former featured Tiwa Savage in the video – something that captured the attention of a lot of music fans and stirred a lot of controversy on social media. Wizkid managed to beat all odds in 2018 even though he was involved in a scandal with his baby mama calling him out for being a deadbeat. Soco is currently the most viewed Nigerian music video on YouTube in 2018. Fever is doing massive numbers. He is surely a strong contender for the artiste bagging the most awards this year. 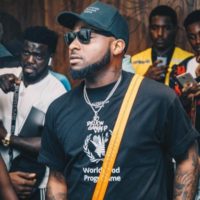 Davido might truly be Nigeria’s biggest act. The ‘Assurance’ singer raised the bar to another level and set new standards when he won a BET award, making him the first African artiste to win a BET award at the show in the US. Assurance (which featured his lover, Chioma in the video) was the 2018 most viewed Nigerian music video on Youtube before Soco overtook it. He collaborated with many artistes including Duncan Mighty, Peruzzi, Mayorkun, Sean Tizzle, Kizz Daniel, dishing out jams upon jams. He was on A Boogie wit Da Hoodie’s album as well as Quavo’s album. He sold out tours in the UK and the States and held concerts all over Europe. His performance at Wireless was absolutely phenomenal and was the talk of the town for days. Davido gained more entry into the international market this year, appearing in events, media houses and getting maximum plays on radios. The Afropop artiste might just snatch all the awards in 2018. 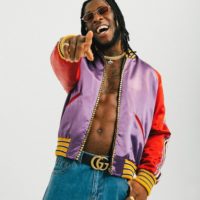 If not for anything, Burna Boy deserves to rack all the awards this year for blessing us with Ye only. 2018 has indeed been a great year for Burna. He dropped his third studio album, Outside, earlier in January this year. The album features Ye, Heaven’s Gate (featuring Lily Allen), Sekkle Down (featuring J Hus). Before this year, there had been so much clamor about Burna Boy being underrated and not getting the recognition he deserved. All of that is now behind us (although some people object to this) as the Reggae act is now more prominent than ever. He held shows in the US and seven cities in the UK, shutting down O2 Arena, Brixton. He featured on important projects this year including Major Lazer’s Afrobeat Mix, Lily Allen’s No Shame. He also released chart-topping singles this year: Gbona and On the Low. Burna Boy is described by many as one of the best songwriters in the Nigerian music industry.

I carried out a poll on Twitter to see which artiste people think should win the most awards this year and this is the result below;