The Origin and Meaning of 'Watimagbo'

Over the years, we’ve witnessed the music world influence pop culture, through fashion statements, via lifestyle, and even in everyday lingo as lyrics from our favourite songs become slang on the internet and off the screen. Other times, slangs get adapted into songs serving to further popularise them. Every 90s baby will have memories of using slangs like ‘jonze’ after D’Prince’s Jonzing World hit which has now grown into a franchise we love to see with his imprint label under Mavins Record. We’ll also not forget how Olamide had us calling anyone that irked us ‘smellos’ while reserving a distinction for ourselves by being ‘Frosh smellos.’ There was also that one time where Phyno’s Alobam hit had us in a chokehold so we called our friends alobam. Some fans went as far as dedicating themselves to the tag with jerseys that had the word for a day one friend printed on. In more recent times, we were able to remain unfazed by life’s many twists and turns thanks to Naira Marley’s ‘inside life’ phrase and we also witnessed Rexxie and Mohbad solidify the internet slang ‘ko por ke’ on their KPK hit. For a while now, Davido has had us all breathless with his ‘Who dey breathe?’ rhetorical hype question that tends to come before or after mentally felt asphyxiation, noted by stating ‘E choke!’ 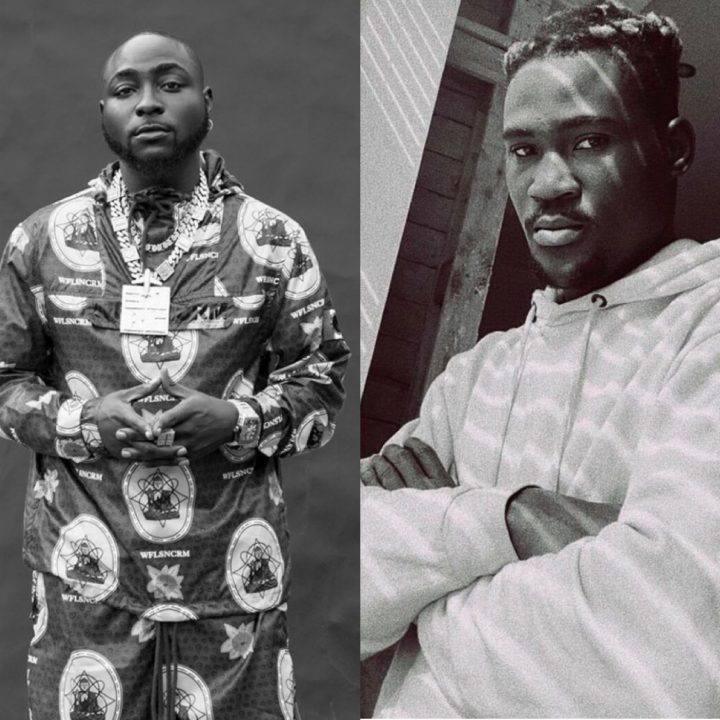 An undisputed pop culture icon with the highest follower count for any African personality on Instagram, Davido’s influence on pop culture cannot be overstated and has demonstrated that once again in his song with Adekunle Gold, High, where he repeatedly said, ‘Watimagbo, watimagbo, the sky is falling.’ An instant hit, lines off the song have implanted themselves upon our consciousness like a seamless inception programme with Davido’s declaration of ‘watimagbo’ taking the top shelf. Confused about the meaning and origin, the phrase has sparked curiosity among several listeners and lovers of the song. If you’re one of such, here’s all we know about the meaning and origin of the watimagbo slang.

What is the origin and meaning of 'watimagbo'?

The Nigerian entertainment scene is upheld by blogs and websites run by passion-filled young people who are keen to bridge the gap between the day-to-day incidences within the different industries of the show business world. Operating with different styles of reportage, publication and niches, many of them have come to make a name for themselves among news-hungry and internet-savvy Nigerians. One of such blogs is Biesloaded and within it lies the origin of the watimagbo slang.

ALSO READ: From Poco Lee to Toby Shang, Get to Know the Hypemen Leading the Sound Revolution in Nigeria

Co-founded in 2013 by Adewunmi Adeyanju, popularly known as ‘Blogger Blogger,’ and a friend, Ojimi Ayomide, the website had rapidly become instrumental in launching upcoming artistes into the limelight while also catering to the needs of curious Nigerians on the search for the latest news. This soon made Biesloaded a popular and respected blog, amassing close to 800, 000 followers on Instagram alone. With a hand in the music distribution jar, and a publicity deal with Zlatan on their portfolio, Biesloaded started to put out songs spotlighting their work in collaboration with emerging and popular street hop acts. In 2018, they put out Ww with three emerging acts who literally spelled out the website’s URL in the chorus and lauded the blog’s work. Then in 2020, they put out Blogger Blogger featuring MohBad and Kabex.

They say the third time is the charm and on the 27th of March 2021, Biesloaded put out Ma Gbo as their third soft-publicity single. Featuring Payan Boi and DJ Shizzy, the track was essentially a street hop-inspired affair with heady percussions, thumping bass, and legwork-evoking synth riffs layered up with echoes. Compelling and easygoing as the soundtracks of the streets tend to be, the lyricism of Ma Gbo was simple and straight to the point as Payan Boi repeatedly declared, “Oo mo Biesloaded agba blogger, wa ti magbo.” (You don’t know Biesloaded, the renowned blogger, you should have heard.)

Perfectly matching the electronic music-inspired wave of street music, Ma Gbo soon became a street favourite with the street music-centred DJ 4Kerty spotlighting it on his viral Focus mixtape which had been a hit on Audiomack, in turn, lending to its popularity.

Since then, Nigerians on the internet had taken the keyphrase of the song and reworked it to praise themselves, friends, and loved ones according to their line of work and area of specialisation. For instance, Notjustok being popularly known as the oldest music download website back in the days before music streaming was a thing in Nigeria, and now as a music publicity one could be touted saying; “Watimagbo, NJO, agba website.”

Your Voice, Your Passion - Become the Boomplay Campus Music Star!